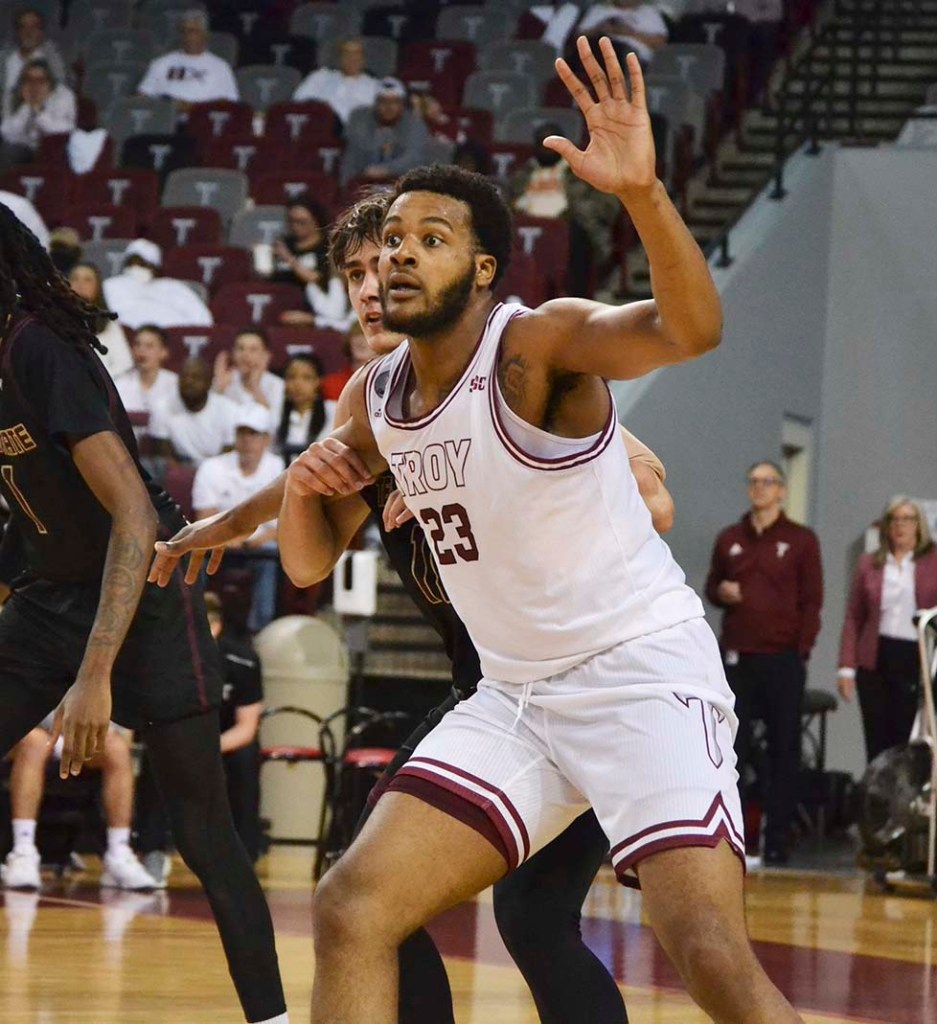 Odigie was named to the first-team All-Sun Belt and also earned Sun Belt Newcomer of the Year. The junior is the first Trojan to earn first-team honors since 2017 and is averaging 12 points and seven rebounds in 28 games this season after transferring in from UTEP.

“Efe has given us a dominant inside presence all year long,” Troy coach Scott Cross said. “In my opinion, he is the best low-post player in the league. Opposing teams have to game plan to stop him because they cannot afford to guard him one-on-one in the post.”

Deen also earned Freshman of the Year after averaging nine points, two rebounds and three assists so far this season.

“(Duke) Deen is the ultimate competitor,” Cross said. “We needed a big-time shooter, and we believed that he was the best available three-point shooter in the country coming out of Panola College last season. (Deen) has fought through injuries all year long to make himself available to help us win basketball games.”

Odigie, Deen and the rest of the Trojans will play in the Sun Belt Conference Tournament this Saturday against the winner of the Little Rock vs. South Alabama first round matchup.