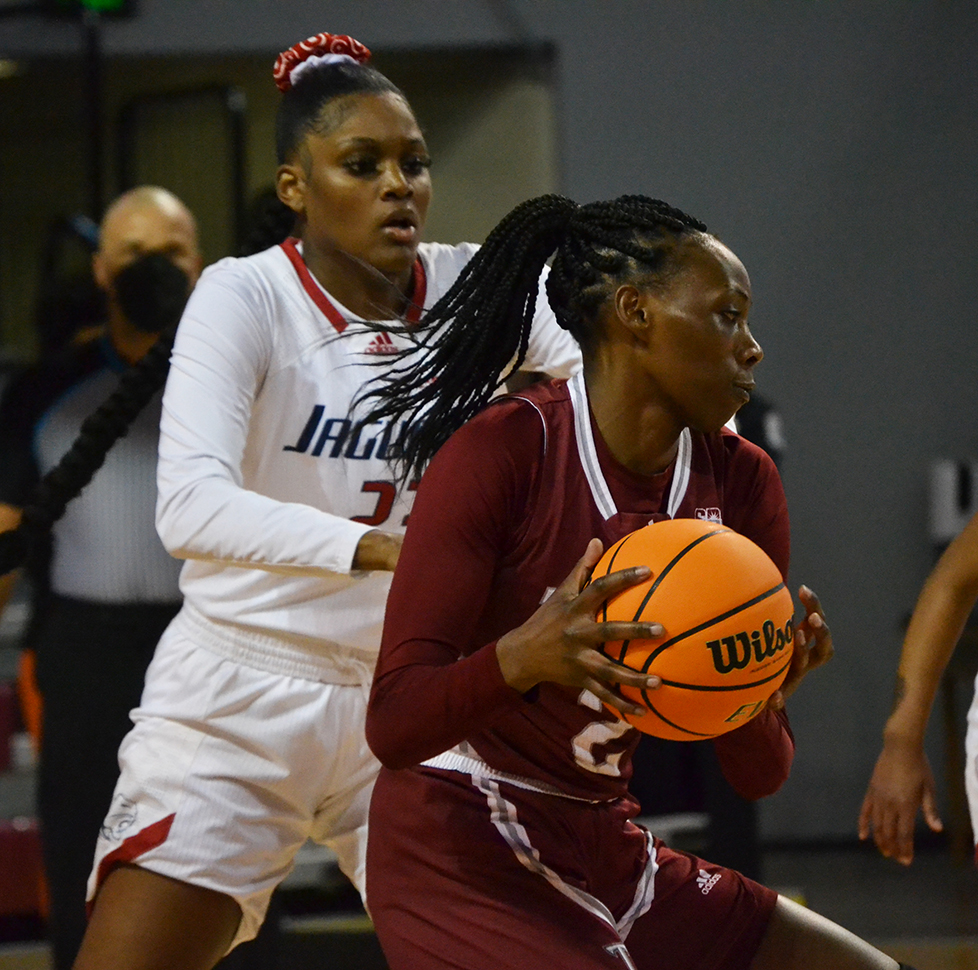 For the second consecutive year, Troy’s Felmas Koranga has been named to the first-team All-Sun Belt Women’s Basketball Team.

Additionally, Troy’s Amber Leggett also earned third-team honors along with Koranga. Koranga has started all 29 games this season and the Kenyan-born forward is averaging 13 points and 10 rebounds. In total, she’s scored 378 points, grabbed 312 rebounds and blocked 38 shots. Koranga ranked ninth in the Sun Belt in scoring, first in rebounding and fifth in blocked shots, while she also ranks 21st nationally in total rebounds.

Legget – a Navarre, Fla. native that transferred to Troy this season from Sam Houston State – is averaging 12 points, seven rebounds, one assist and one steal in her 26 games this season.

Koranga, Leggett and the rest of the Troy Trojans will play in the Sun Belt Conference Tournament in Pesnacola, Fla. this weekend. The Trojans will play the winner of the first round game between Coastal Carolina and Arkansas State on March 4 at 11:30 a.m.