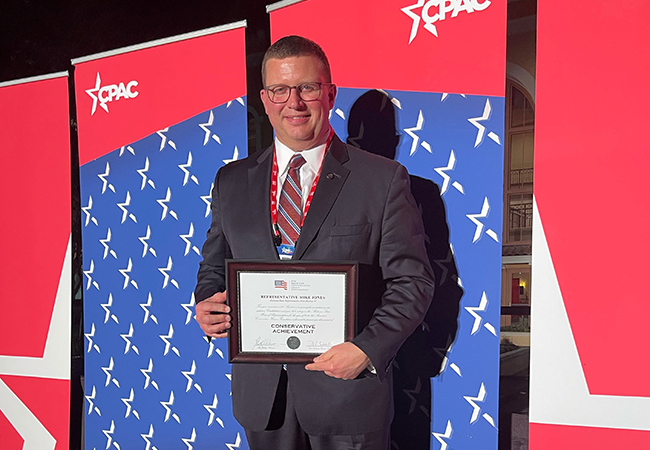 “It was an honor to be invited to CPAC,” Jones said. “To receive national recognition for the work I have done in the legislature to uphold conservative Republican values is an honor and to receive it at such a special event like CPAC made it even more special.”

CPAC is an annual political conference attended by conservative activists from across the nation. For the last several years, former President Donald Trump has served as the keynote speaker. This year’s event was held in Orlando, Florida.

Rep. Mike Jones is a Republican representing District 92 in the Alabama House of Representatives. He is currently seeking the Republican nomination for the District 31 seat in the Alabama State Senate which represents Coffee, Covington, Dale and Pike counties.