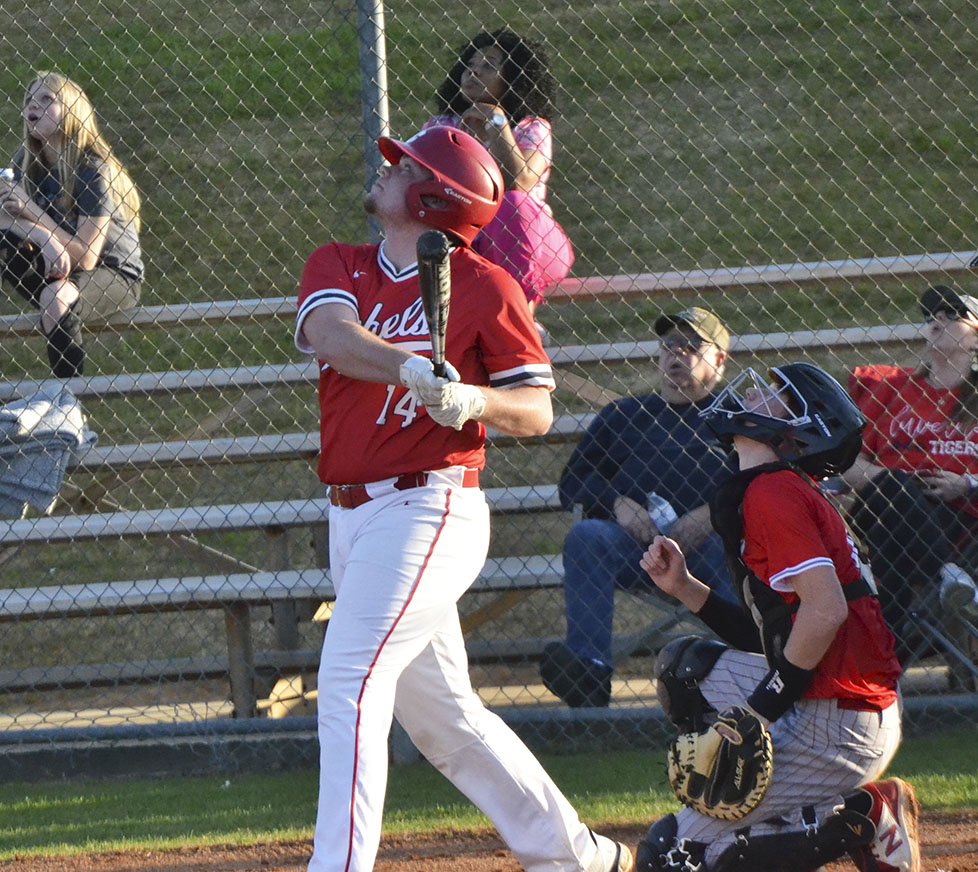 Paden Booth (14) had a big night against Samson. (Photo by Josh Boutwell)

The Zion Chapel Rebels picked up an exciting 11-10 win over the Samson Tigers on the road on Feb. 24 in extra innings.

With the game tied 10-10 in the top of the eighth inning, Paden Booth hit a fly ball into left field that drove Morgan Sanders home to give the Rebels the 11-10 lead. In the bottom of the eighth, Mason Stuart and Sanders caught fly balls on the first two Samson batters before a third grounded out to second baseman Brodie Stinson.

Booth led the Rebels at the plate going 3-for-5 with a home run, six RBIs and two runs. Stinson also went 2-for-4 with an RBI and three runs.