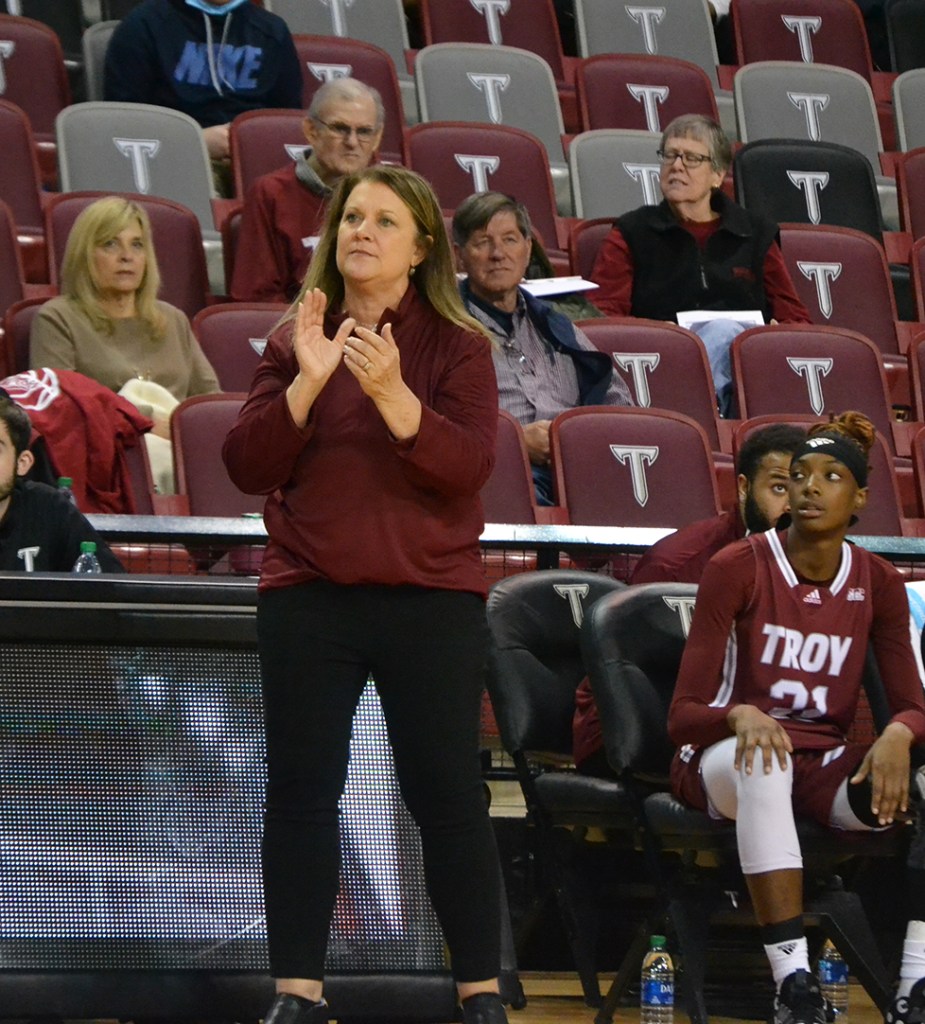 The Troy Trojans (21-7, 12-2) women’s basketball team secured their third straight Sun Belt Conference Championship on Feb. 24 with a dominating 89-56 win over Appalachian State on the road.

The Trojans have won the regular season crown in two of the last three seasons – 2020 and this season – along with the 2021 Sun Belt Tournament Championship. Troy also won the tournament championship in both 2016 and 2017. The win also secures Troy the No. 1 seed in the conference tournament and a first round bye.

“Our women’s basketball program always strives to be a proper representation of our institution,” Troy coach Chanda Rigby said. “The only way to properly represent Troy is with a championship.

“We are very grateful to have won a fifth championship in the last seven years, but our ultimate goal is ahead of us. We still have work to do. We have the Sun Belt Tournament ot win and we want to win in the NCAA Tournament.”