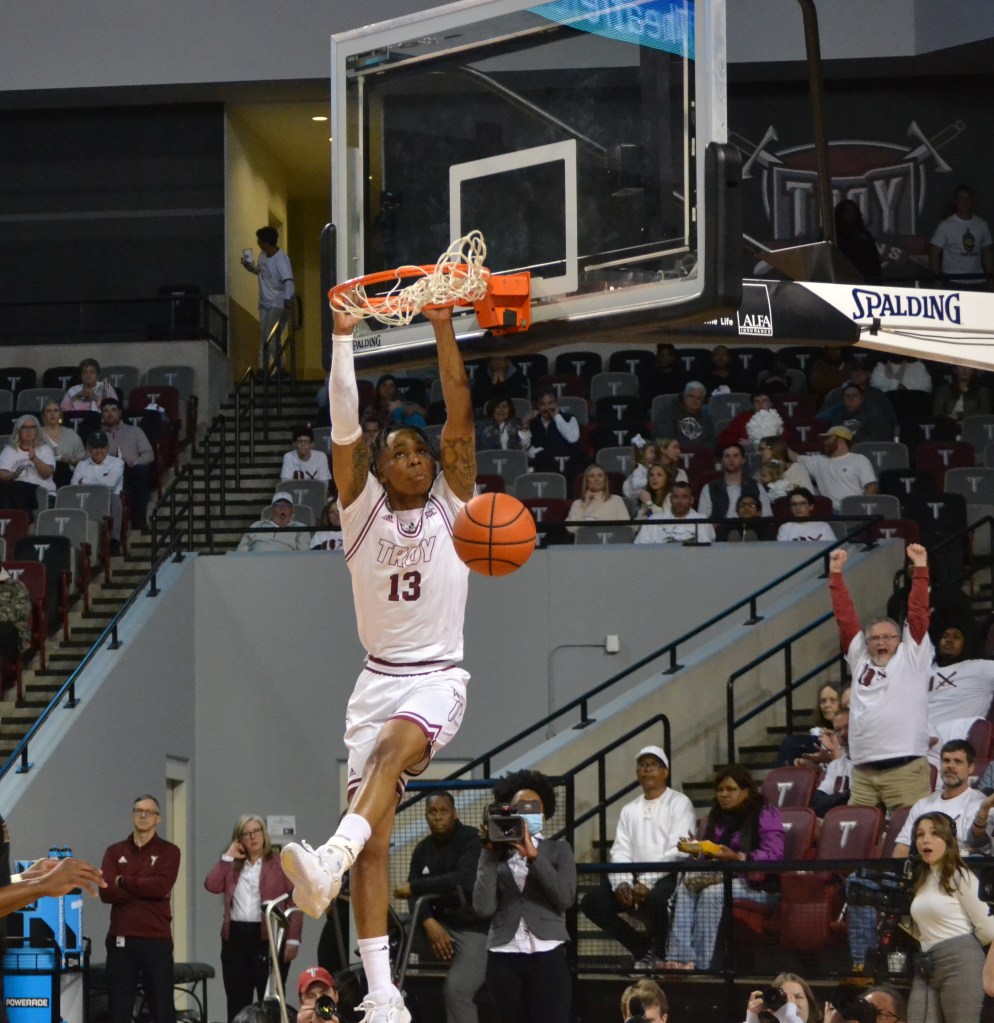 Troy senior Khalyl Waters (13) soars to the rim for a dunk during Senior Night against Texas State. (Photo by Josh Boutwell)

The Trojans trailed for the entirety of the first half and went into halftime down 29-25. In the second half, Texas State led by as many as 12 points but the Trojans began to chip at the lead until a Zay Williams layup started the Trojans on a 9-0 run. During that span, senior Khalyl Waters scored seven of the nine points and cut the Texas State lead to 48-46 with 5:19 remaining.

Texas State went on its own 4-0 run to extend the lead back out to six with the two sides trading blows back-and-forth for the next three minutes. After Troy cut the lead to six again, Texas State’s Caleb Asberry threw down a vicious dunk that seemed to take the air out of a rowdy Trojan Arena and the Bobcats went on to secure the win down the stretch with clutch free throw shooting despite the Trojans continuing to swing away with three-point shots in the final seconds.

Efe Odige led Troy with 19 points and nine rebounds and Waters 14 points in 6-of-8 shooting from the field. Texas State was led by Asberry with 26 points, while Mason Harrell added 16 points.