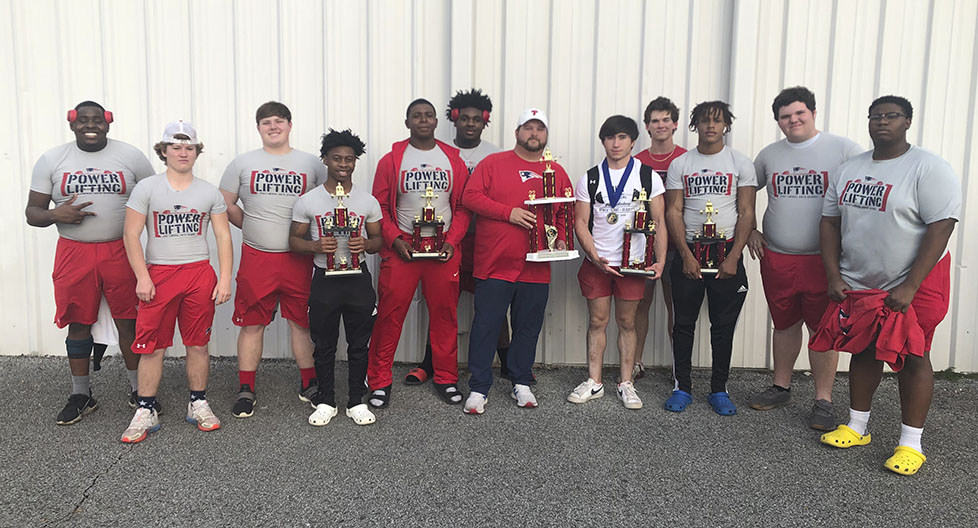 The Pike team not only won the AISA Class AAA State Championship as a team but a pair of Patriots also won individual state titles. While the Pike athletic programs all have weight lighting and conditioning programs, this was the first year the school sent a team to compete in the Olympic-style Powerlifting competition.

“I was completely blown away,” Pike Powerlifting coach Ryan McCollough said. “We don’t necessarily practice the Olympic-style powerlifts. Everyone benches and squats and deadlifts but we do it in a more athletic sort of way. We don’t do it for the pure strength; we do it to get better as athletes.

“So, for them to go up there for the first time ever competing in that type of setting, in front of people, and doing Olympic-style lifts, I was completely blown away. I was overly satisfied and almost giddy at how we competed.”