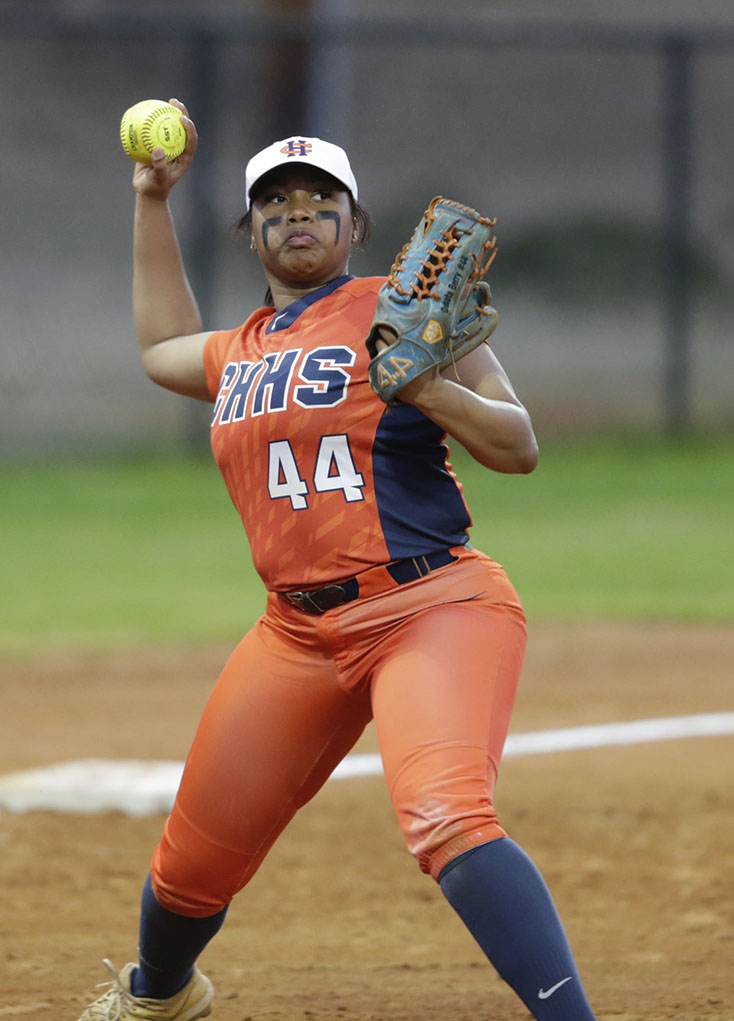 Dakota Berry (44) and Charles Henderson picked up a road win over Montgomery Catholic on Thursday. (Photo by Dan Smith)

The Charles Henderson (5-3) Lady Trojans got back on the right track on Feb. 24 with a 12-2 road win over Montgomery Catholic.

After getting down 2-0 in the second inning, Charles Henderson came roaring back with four runs in the third inning and five in the fourth inning to take a comfortable 5-0 lead. The Lady Trojans scored another run in the fifth inning and two in the seventh.

Gilbreath pitched all seven innings and struck out five batters, while giving up four hits and two runs.