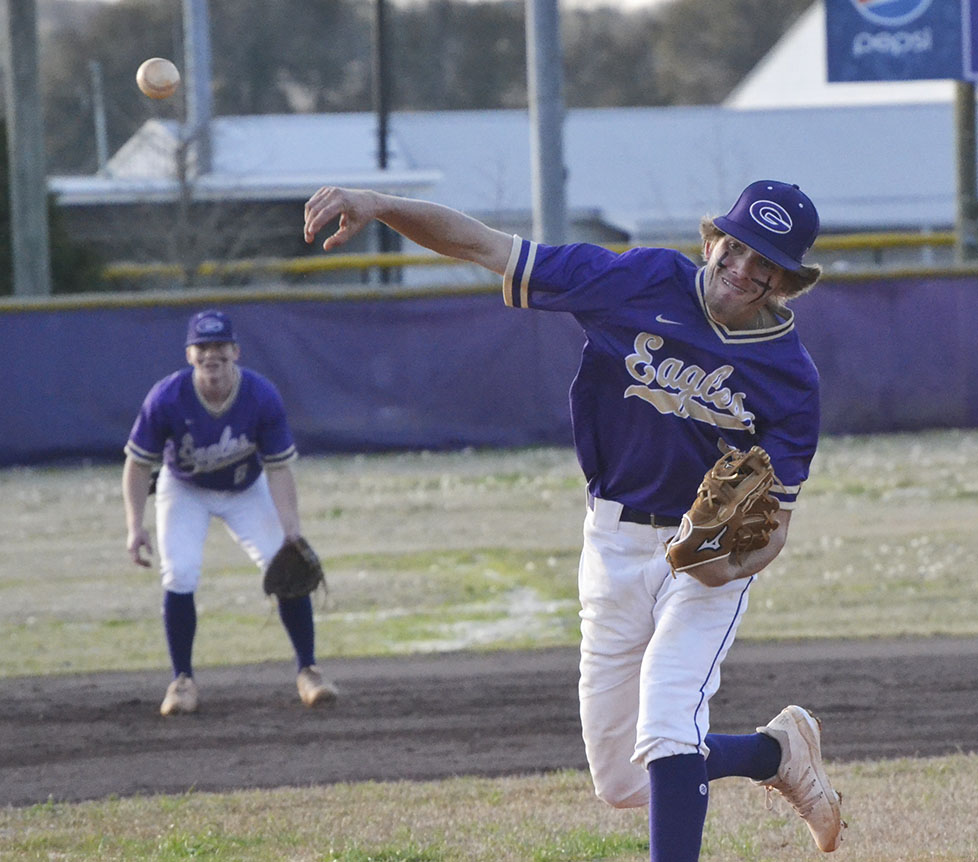 The Goshen Eagles (5-0) remained undefeated on Feb. 24 picking up a pair of home wins over Houston County by a combined score of 21-1.

In the first game, Goshen jumped out to a 3-0 lead in the first inning and scored four more runs to take a 7-0 lead going into the fourth inning. Houston County managed to score its only run of the day in the top of the fifth inning, but the Eagles secured the win with four more runs in the bottom of the fifth.

Cole Brooks, Thompson & Cooper each earned a double play on defense, while Stamey pitched all five innings. Stamey mowed down 10 batters, while giving up just two hits and one run. Of Stamey’s 73 pitches, 51 were strikes.

Hunter Hires scored Houston County’s lone run and Hayden Barber and Hunter Rowland earned the only hits for the school.

In game two, Goshen scored three runs in the first inning and then sealed the deal with seven runs in the fourth inning to pick up the 10-0 win.

Galloway pitched all five innings and struck out eight batters, while giving up five hits and no runs.

Timothy McDonald, Camden Thomas, Barber, Rowland and Jeremiah Hall earned one each hit. Rowland pitched all four innings and struck out seven batters, while giving up four hits and 10 runs. Only two of those runs were earned runs, however. Goshen’s eight other runs came on defensive errors.