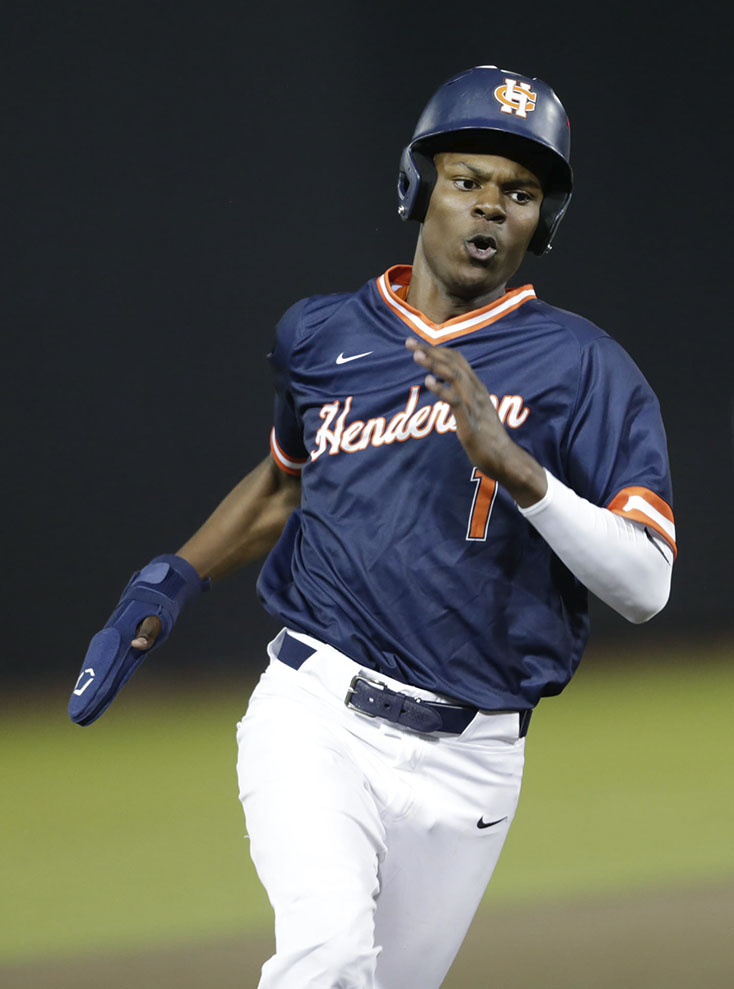 Cobie Cantlow (1) and the Trojans bested Dothan in the opening game of the Terry Sikes Memorial this week. (Photo by Dan Smith)

The Charles Henderson Trojans (2-2) traveled down the street to battle Class 7A’s Dothan Wolves at Troy University’s Riddle-Pace Field in the opening game of the annual Terry Sikes Memorial Tournament on Feb. 24.

The Trojans scored six runs in the first inning and never looked back as some stellar pitching from Parker Adams kept the Wolves at bay.

Adams pitched all seven innings on the mound and struck out 10 batters, while giving up just two hits and two runs with no earned runs on the day. Of Adams’ 91 pitches, 62 were strikes.

Charles Henderson plays Ariton tonight at 7:30 p.m. at home and will host Bibb County at 9 a.m. on Saturday. The Trojans will close up the weekend back at Riddle-Pace Field against Marbury at 4:30 p.m.