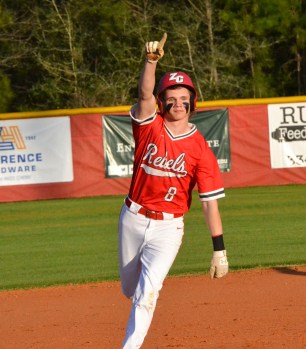 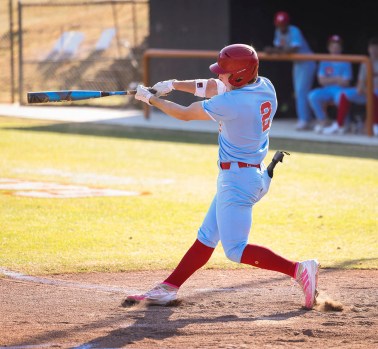 The Pike Liberal Arts Patriots baseball team remains undefeated after picking up a dominating 10-0 win over Abbeville Christian Academy at home on Feb. 22.

Pike’s bats were hot all night, earning 13 hits on 24 at bats. Cason Eubanks, Darryl Lee, Drew Nelson and Skylar Kidd each earned two hits. Nelson and KC Bradford belted home runs in the win, as well. Nelson went 2-for-2 at the plate with three RBIs, three runs and the home run.

Kidd pitched two and 1/3 innings with four strikeouts and no hits or runs allowed. Pike’s pitchers gave up a total of just one hit in the win.

The Pike Lib Lady Patriots softball team also faced off with Abbeville Christian on Feb. 22 but dropped their game 7-1.

Ally Rushing led the Lady Pats at the plate, going 2-for-3 with an RBI and she also pitched five innings in the circle. Rushing struck out six batters, while giving up four hits and four runs.

The Zion Chapel Rebels baseball team knocked off GW Long 9-2 at home, thanks to a brilliant start. After getting down 1-0 in the top of the first inning, Zion Chapel’s Morgan Sanders blasted a home run into left field on the Rebels’ first at bat of the day to tie the score 1-1. Zion Chapel scored seven runs in the second inning and never looked back.

Sanders went 2-for-4 at the plate with two RBIs, two runs and a homer. Paden Booth pitched three and 2/3 innings on the mound and fanned seven batters, while giving up three hits and two runs. Austin Jordan also pitched three and 1/3 innings and stuck out three batters along with giving up just one hit and no runs.

The Goshen Eagles baseball team also picked up a 17-6 win over Houston County on Feb. 22.

Tyler McLendon went 3-for-5 at the plate for Goshen with two RBIs and two runs. Andrew Galloway also went 3-for-5 with two runs and an RBI.

Danny Cooper pitched two and 2/3 innings and struck out six batters, while giving up no his and just one run. He walked two batters.