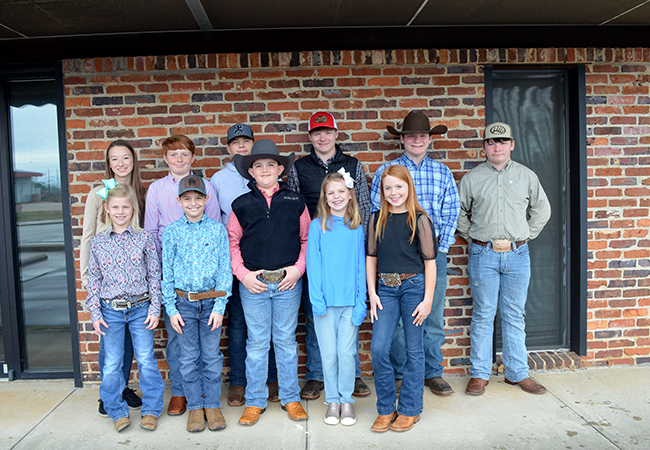 The Pike County Steer and Heifer Show will turn 80 years on Saturday at the Cattlemen Park Arena. Not only is the county’s steer and heifer show one of the longest running shows in the state, it is also one of the largest, if not the largest.

“Both have worked hard to keep the show going,” Thompson said. “The Pike County Steer and Heifer show is most important because it is much more than a show; it’s a training program for the young people who will take over and be the leaders in the cattle business in Pike County in years to come.”

For the junior cattlemen and cattlewomen, who will show at the 80th Annual Pike County Steer and Heifer Show on Saturday, the journey to the arena is one that has required dedication and commitment that few outsiders know about or would understand.

“Showing calves takes a lot of hard work,” Matthew Speros said. “It takes dedication and you get tired but you learn you have to keep going. You can’t give up.”

Asa Thompson agreed that showing cattle is not and on and off venture.

“It’s every day,” he said. “You don’t do it just when you want to. You have to take care of your animals every day, starting early in the morning.”

The Speros brothers, Matthew, William and Jeremy said although they each have their animals, they work together and help each other out.

“But, whoever wins, gets to wave the ribbon,” William said, with a smile.

Showing “cows” is a family venture and the support the youngsters receive does not go unnoticed or unappreciated, Ammie Thompson said.

Mason and Holly Kate Dubose said their family has been extremely supportive. They both followed the lead of their Aunt Morgan who is also a great encourager.

For Greer Jones, having the opportunity to go places and meet people is as much a part of showing cattle as the many hours spent with the animal.

For MJ Flowers, Mary Margaret Sneed and Lulu Thompson, the love of their animals and the opportunities to meet new friends makes all the time and effort worthwhile.

To a one, the young cattlemen and women are dedicated to continuing the cattle farming tradition in Pike County. Winning in the arena is their immediate goal but their collective “long-term” goal is to grow up to be Pike County Cattlemen and Cattlewomen.