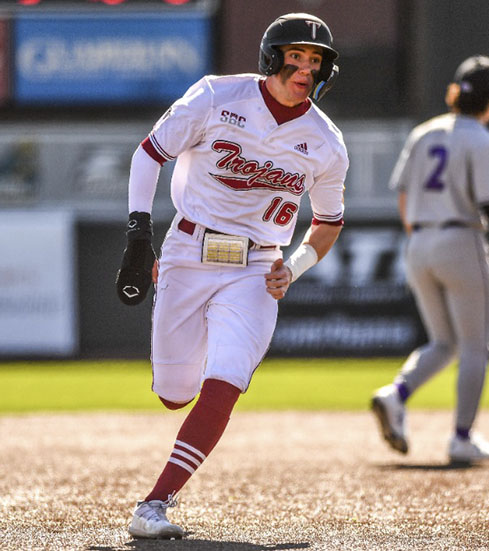 The Troy Trojans baseball team opened up the 2022 season with a four-game sweep over Holy Cross at home this weekend.

In the season opener, Colin Summerhill hit a home run into left field in the bottom of the eighth inning with the game tied 1-1 to secure the win.

Bay Witcher pitched six innings in the series with seven strikeouts and a 3.00 ERA. Garrett Gainous pitched five and 1/3 innings and earned a 1.69 ERA with eight strikeouts and just five hits and one run allowed. Defenisvley, Caleb Bartolero earned 24 putouts, while both William Sullivan and Stearns had 22 putouts each.