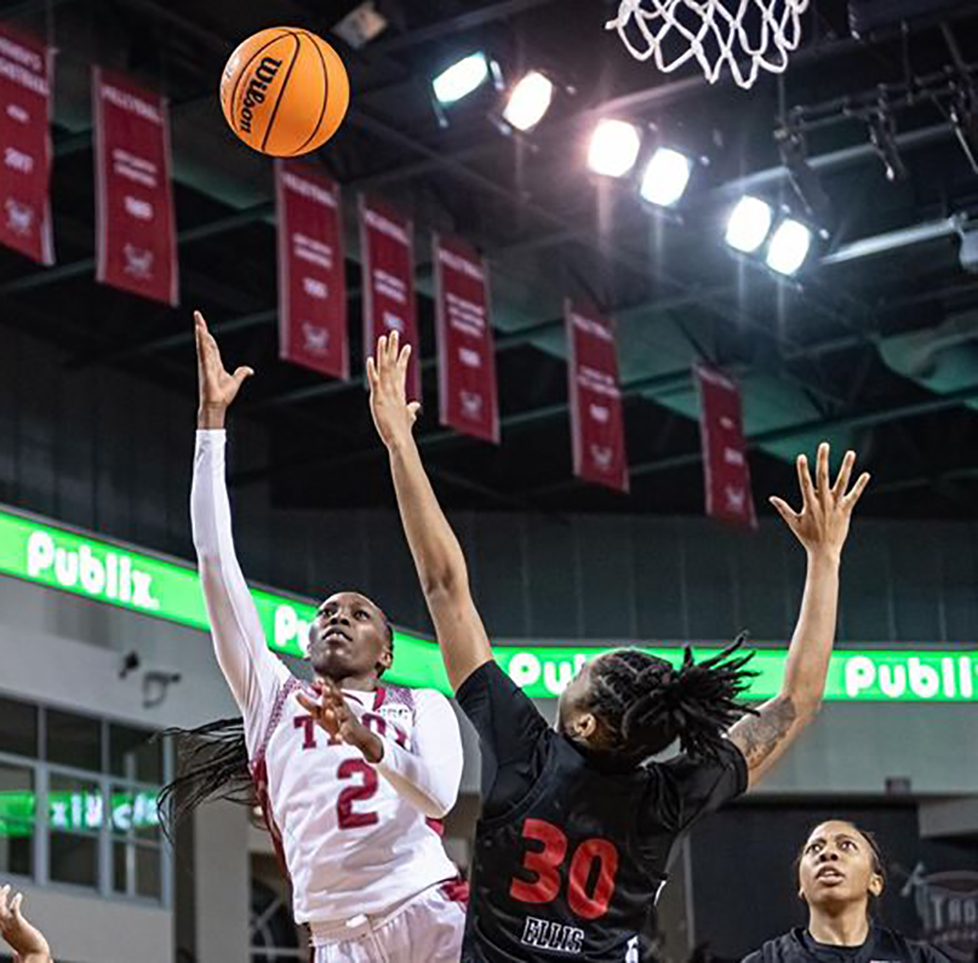 Troy junior Felmas Koranga gave the Trojans (20-7, 11-2) women’s basketball team even more to celebrate on Senior Night on Feb. 19 as she set the Troy record for rebounds in a game in an 82-70 win over Georgia Southern.

The win was also Troy’s seventh win in a row and marked the fourth consecutive Trojans season with 20 or more wins. Koranga earned her 12th double-double of the season piling up 11 points and a Division I school-record 24 rebounds in the win. Tina Stephens also chipped in with a double-double scoring 14 points and grabbing 12 rebounds. Terren Ward led Georgia Southern with 21 points.

Troy wasted no time getting an early lead, starting off on a 13-1 run early in the first quarter, but Georgia Southern came roaring back as the Trojans began to struggle shooting. Georgia Southern took an 18-17 lead going into the second quarter and led 39-37 at halftime.

The second half was all Troy with the Trojans jumping on the Eagles with a 10-run to open the third quarter and outscored Georgia Southern 45-31 in the half to secure the win.

Troy dominated the rebound battle, outrebounding Georgia Southern 71-48. Those 71 rebounds were the highest total by a Division I team this season against another Division I team.

Troy will finish up the regular season on the road against Appalachian State on Feb. 24 and against Coastal Carolina on Feb. 25.

With just two games remaining, the loss pushed Troy back to third place in the Sun Belt. While both Troy and Coastal Carolina shot 40 percent from the field, Coastal Carolina knocked down 36 percent of its three-point shots compared to just 25 percent shooting from beyond the arc for Troy.

The men’s team will close out the regular season at home against UT-Arlington on Feb. 23 and Feb. 25 against Texas State in a nationally televised game on ESPN 2 at 8 p.m.