Williams to retire after current term 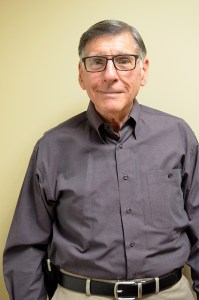 Pike County Coroner Jerry Williams will retire at the end of his current term in January 2023. Serving as deputy coroner for Alan Booth for several years, Williams was appointed coroner by the governor in 1985 when Booth was elected to another position. After serving the appointed term, Williams served nine more elected terms for a total of 40 years of service. This will be the first time in 36 years that Jerry Williams’ name is not on the ballot.