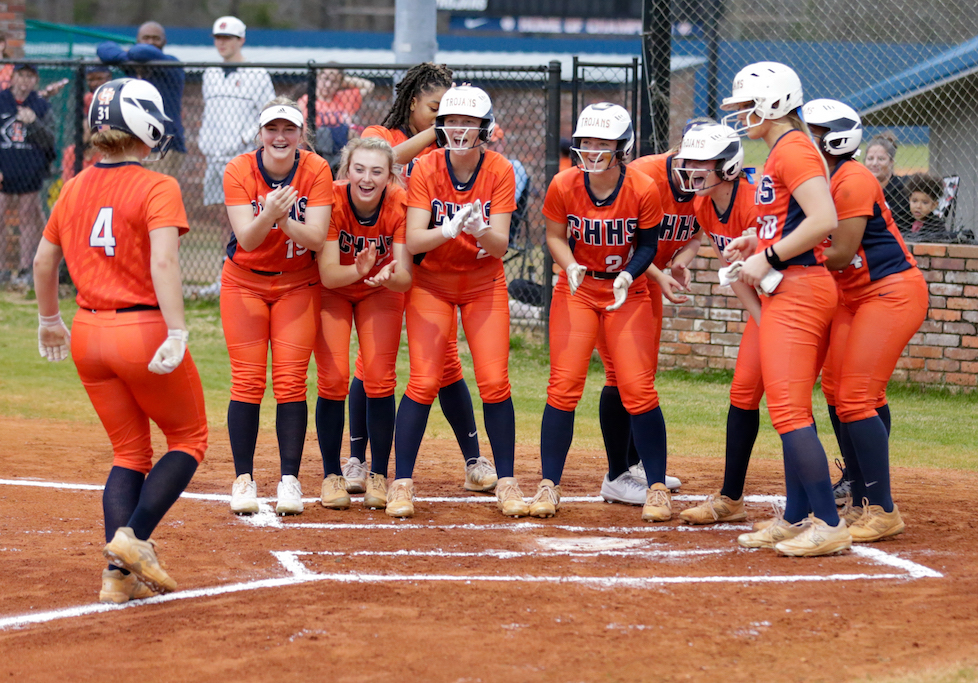 Charles Henderson's Stella Gilbreath, 4, is greeted by her Lady Trojan teammates after blasting a home run Thursday in a 12-5 season opening win against Pike Road. (Photo by Dan Smith)

The Charles Henderson Lady Trojans got the 2022 softball season off on the right foot with a resounding 12-5 win over Pike Road at home on Feb. 17.

After Pike Road took a 2-0 lead in the top of the first inning, the Lady Trojans responded in the bottom of the first when Stella Gilbreath drilled a grand slam home run into center field driving Heather Maxwell, McKenzie Cain and Maddison Stewart home.

Garrett hit a line drive double to send Dakota Berry home, too, to put Charles Henderson up 5-2. The Lady Trojans would never look back.

Charles Henderson wasn’t done with the homers either as Maxwell belted a homer in the second inning and both Cain and Stewart homered in the sixth inning.

Ameria Anderson led Pike Road at the plate, going 3-for-4 with two runs. Casey Stengell took the loss in the circle, giving up six hits and eight runs along with two homers. She also struck out four batters.