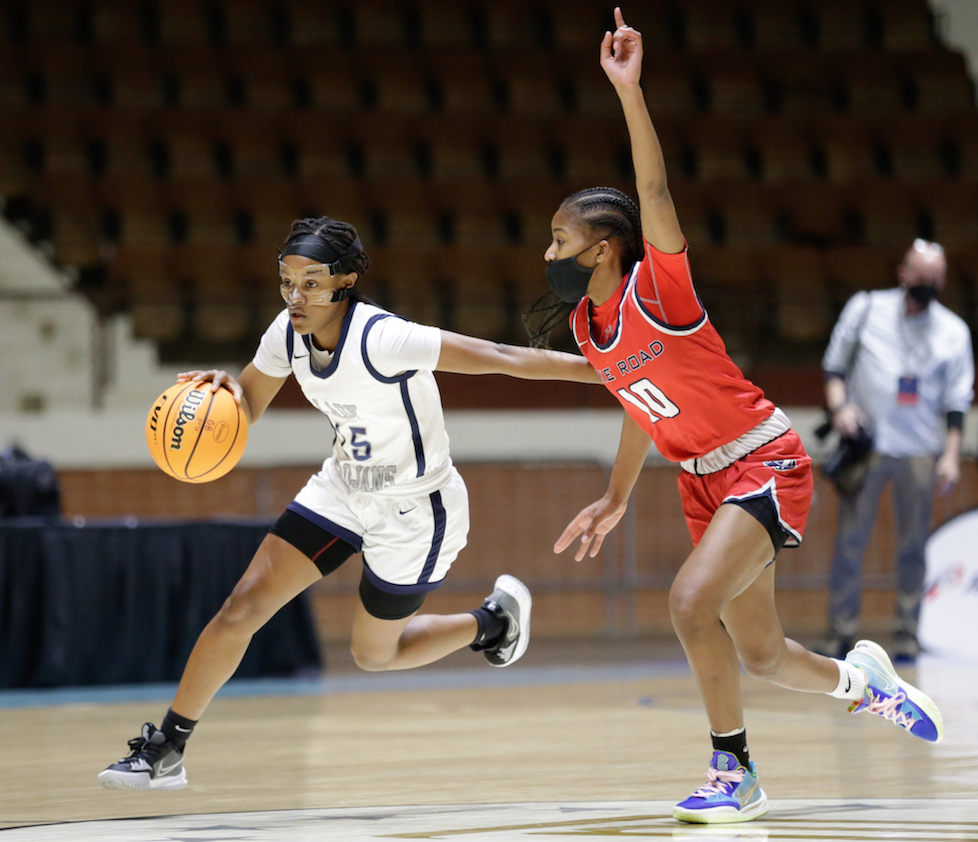 The Charles Henderson Lady Trojans (16-11) basketball team advanced to the Class 5A Regional Finals with a 66-52 win over Pike Road (18-9) in the regional semifinals in Montgomery on Feb. 18.

The Lady Trojans took a 30-24 lead at halftime. Williams scored 10 points in the first half, seven in that 30-second stretch.

“When she’s hitting her shots, give it to her,” Charles Henderson coach Dyneshia Jones said. “On the other hand if you’re missing your shots we have to give them that confidence to keep shooting.”

In the second half, the Lady Trojans continued to hit their shots and stretched the lead to 42-35 going into the fourth quarter.

Troy led by as many as 15 points in the fourth quarter and with just over two minutes remaining began to bleed the clock forcing Pike Road to foul to try and conserve time. The Lady Trojans knocked down 18 free throws in the final two minutes, including 12-of-16 from the charity stripe for KK Hobdy.

“They had a great game plan as far as fouling early and if she had been missing they would have accomplished their goal,” Jones said. “That’s big right there, she was clutch. I don’t know why they kept fouling her but I’m glad they did.”

Hobdy ended the game with a double-double, scoring 22 points and grabbing 15 rebounds  along with five steals on defense despite struggling to score in the first half.

“You just have to keep going,” Hobdy said. “Just take my time and if I’m not hitting threes, go for layups and just keep shooting.”

“They did a great job following the game plan and adjusting on defense,” Jones said. “It’s all about the game plan. I’m proud of this team. Everything we’ve overcome, no height out here, just coming out with that Trojan in them.”

Pike Road was led by Jazlyn Johnson with 17 points and 11 rebounds.

It was also a special day for Jones as her team not only advanced to the Elite 8 but she did so coaching against a former player of hers. Pike Road assistant coach Erica Henderson played for Jones at Charles Henderson.

“This is a day to remember for me,” Jones said. “I have my two assistants that both played for me and also Erica Henderson at Pike Road played for me, too.

“Going against a former player and having two of my former players coaching with me was great. That was a proud coaching moment.”

Charles Henderson will advance to the regional finals on Feb. 23.