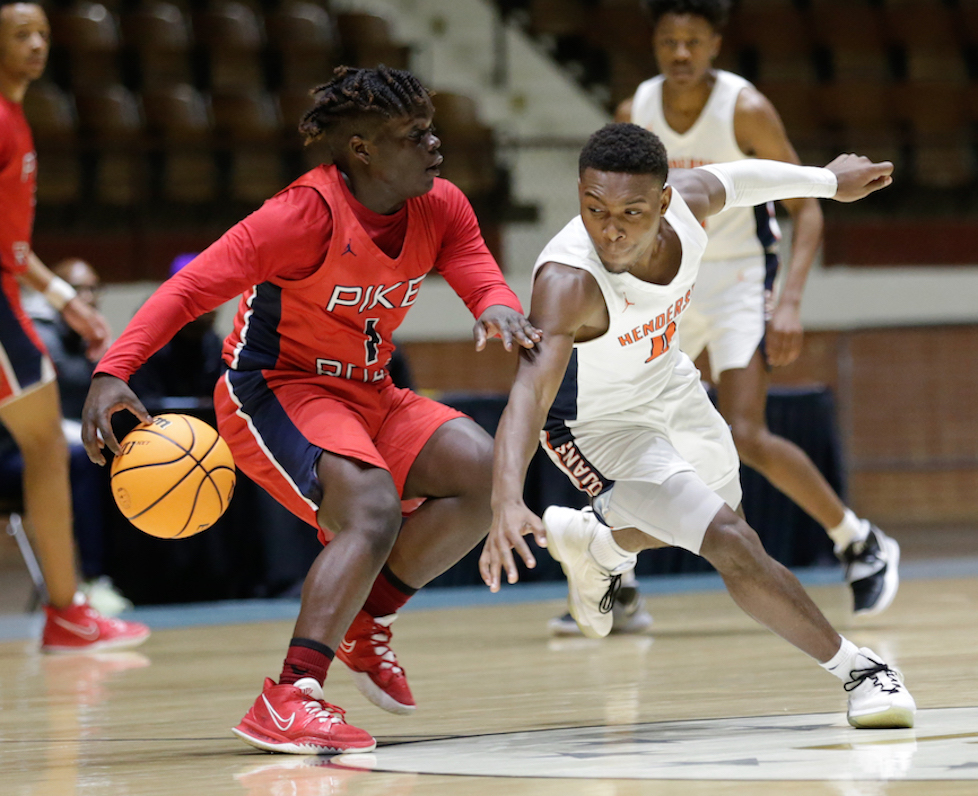 The Charles Henderson Trojans bested the Pike Road Patriots 71-55 in the Class 5A Regional Semifinals on Feb. 18 in the Garrett Coliseum in Montgomery.

“We played good enough to win,” Charles Henderson coach Tim Fayson said. “For this being our first time here, I think the guys handled it pretty well.

“Once we found our legs and we found our rhythm and started playing Charles Henderson basketball we played well. I’m proud of them.”

The two sides battled to a 15-15 tie going into the second quarter and the Trojans held a 35-24 lead at halftime. The fast-paced, long-shooting Trojans struggled from the three-point line in first half – hitting just 2-of-8 attempts – but knocked down 4-of-6 threes in the third quarter.

“We just had to keep playing and not thinking; just do,” Charles Henderson senior Akeives Shorts said. “We were overthinking things (in the first half). I was nervous, we were nervous with this being our first time here.

“We just kept playing ball and playing hard and make sure we leave it all on the floor with no regrets. We also had to keep up that defensive intensity.”

Along with shots falling for the Trojans, they were also able to force 20 Pike Road turnovers.

Charles Henderson will return to Montgomery for the regional finals on Feb. 23.