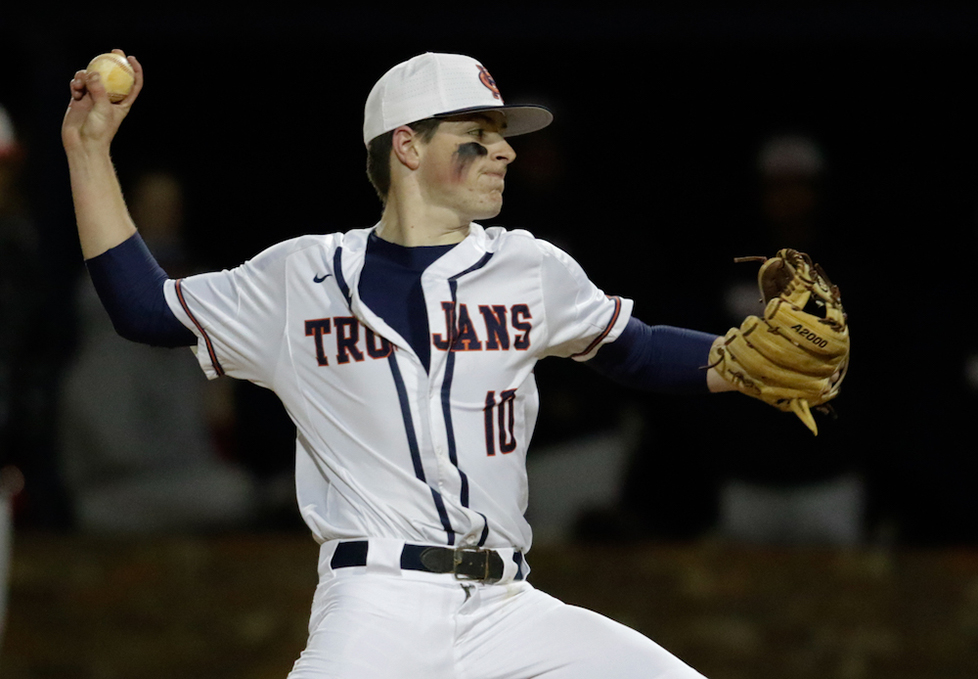 Charles Henderson High pitcher Parker Adams, 10. got the win over Carroll High of Ozark Friday night in Troy, allowing no runs on two hits while striking out eight in a 12-0 CHHS season-opening win. (Photo by Dan Smith)

The Charles Henderson Trojans baseball team opened up the 2022 season with a 12-0 shutout of the Carroll Eagles at home on Feb. 18.

The Trojans led 6-0 after the first inning and scored five more runs in the second inning and one in the third. After Carroll was still unable to earn a run in the fifth inning, the game was called.

Freshman Tyler Martin led the Trojans at the plate going 3-for-4 with three RBIs, a double and a run. Damien Hart also went 2-for-4 at the plate. Parker Adams, Will Templin, Brady Huner and Bradley Prestwood earned one hit each. Templin scored three runs and Cobie Cantlow scored two runs, while Adams, Brody Wilks, Huner, Josh Hooten, Prestwood and Jordan McBryde scored one run each.

Adams got the win on the mound pitching all five innings. He mowed down eight batters and gave up just two hits with no runs.

Charles Henderson travels to Chilton County on Feb. 19 and hosts Eufaula on Feb. 21 at noon.