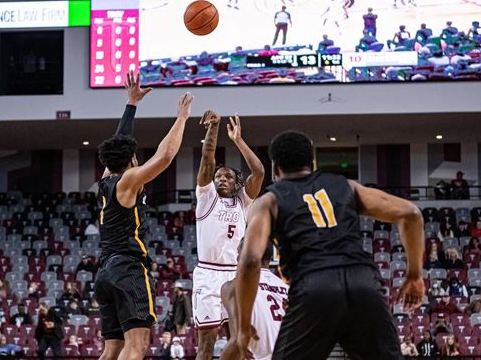 After trailing 39-37 at halftime, Troy came storming back in the second half going on a 12-0 run to open the half. The Mountaineers responded with their own 13-0 run but with Troy holding a six-point lead with under two minutes to go, the Trojans were able to hold on to the win knocking down clutch free throws down the stretch.

Troy shot 48 percent from the field and outrebounded Appalachian State 35-27.

“I’m super proud of our guys,” Troy coach Scott Cross said. “I mean, this is a tough, hard-fought victory for us. Our guys really locked in mentally. I think the Little Rock game woke our guys up.

“We played about as good of defense as you could hope for in the second half. All game long, we shot the ball extremely well. We were clicking on all cylinders.”

Efe Odigie led Troy with 17 points and 12 rebounds, while Duke Deen added 16 points and five assists. Both Adrian Delph and Donovan Gregory scored 17 points each for the Mountaineers.

Felmas Koranga scored 10 points in the second quarter to help boost the Trojans to a 28-27 lead at halftime. Troy never looked back, either, outscoring Georgia State 39-29 in the second half.

“We are really happy about everyone coming out to support us in our second to last game in Trojan Arena,” Troy coach Chanda Rigby said. “We got off to a slow start in the first quarter, but then our senior leadership took over.

“Jasmine Robinson keeps us even keeled, and no one was panicking. I am really proud of the way our players came off the bench ready to help rebound.”

Koranga earned her 11th double-double of the season with 15 points and 13 blocks along with two blocks on defense. Amber Leggett had a big night with 15 and eight rebounds, while Jasmine Robinson also scored 15 points and dished four assists. Ashley Foster scored 14 points for Georgia State.

The women will close out the home schedule this Saturday against Georgia Southern on Senior Day at 4 p.m. The men’s team will travel to Coastal Carolina on Saturday at 3 p.m.