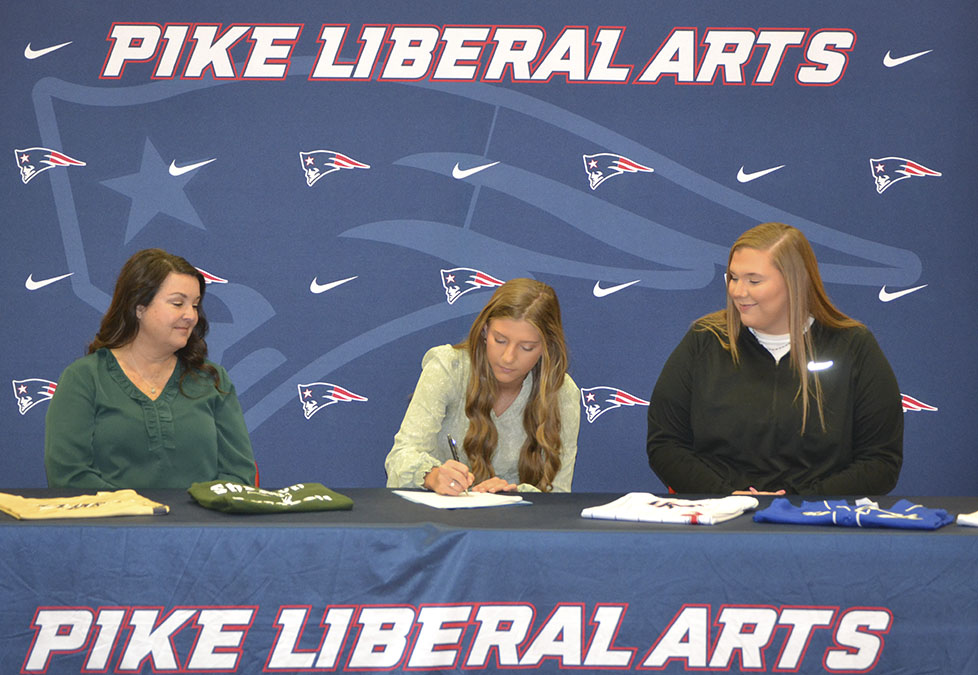 Rushing signed with Shelton State, one of the top JUCO softball programs in the country, over a number of other offers.

“It was a great fit for me,” Rushing said of her decision. “I love the place, I love the atmosphere and I love the team.”

Through her junior season, Rushing has pitched over 400 innings with more than 60 wins so far in her Pike career. She has struck out more than 400 batters and holds a career ERA of 2.60 with a batting average of .460.

“Ally will be one of the leaders this year on our team. She is a leader by example as well as a vocal leader. We are extremely proud of Ally and everything she’s accomplished and can’t wait to continue to watch her succeed at the next level.”

Rushing pointed to her teammates and coaches as part of her high school success.

“They’ve meant so much to me,” she said. “They’ve pushed me to be the best player I can be and they’ve always stood behind me.

“My catcher Emily (Bryan) has been there and caught me very time I’ve been up here working, she’s been here catching.”

Rushing said that she’s already set her goals for her senior year and her college career.

“I want to go out there and get better and have fun and be a leader on the team,” she said of her senior season. “We’re young this year but I really think we’re going to be good.

“(College) is going to be new and different but I just want to be the best I can be for the two years I’m there and see where it goes from there.”