The Alabama Farmers Federation has endorsed Rep. Mike Jones for Alabama Senate District 40, which is in portions of Coffee, Covington, Dale and Pike counties. 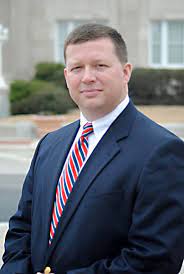 “Rep. Mike Jones is an experienced and accessible leader in Montgomery who knows how to serve his constituents well,” said Steve Stroud, Pike County Farmers Federation president. “He is the kind of conservative voice we need in the Legislature representing our best interests.”

Jones attended LBW Jr. College and received his B.S. degree in political science before earning his law degree from the University of Alabama School of Law. He is a practicing attorney and municipal court judge in Andalusia.

Jones has served as the Rules Chairman of the House for the past four years, one of the most powerful positions in the legislature. He has also served on the Energy Council and the Alabama Law Institute Family Law Committee. He is involved in multiple civic and charitable organizations in his district.

“It is an honor to receive the endorsement of the farmers of this district,” said Jones. “We share the same conservative values and strong work ethic, and I look forward to serving them and all the people of Senate District 31.”

Jones and his wife, Kathy Harper Jones, have two daughters. They attend First Baptist Church of Andalusia where Jones serves as a deacon.