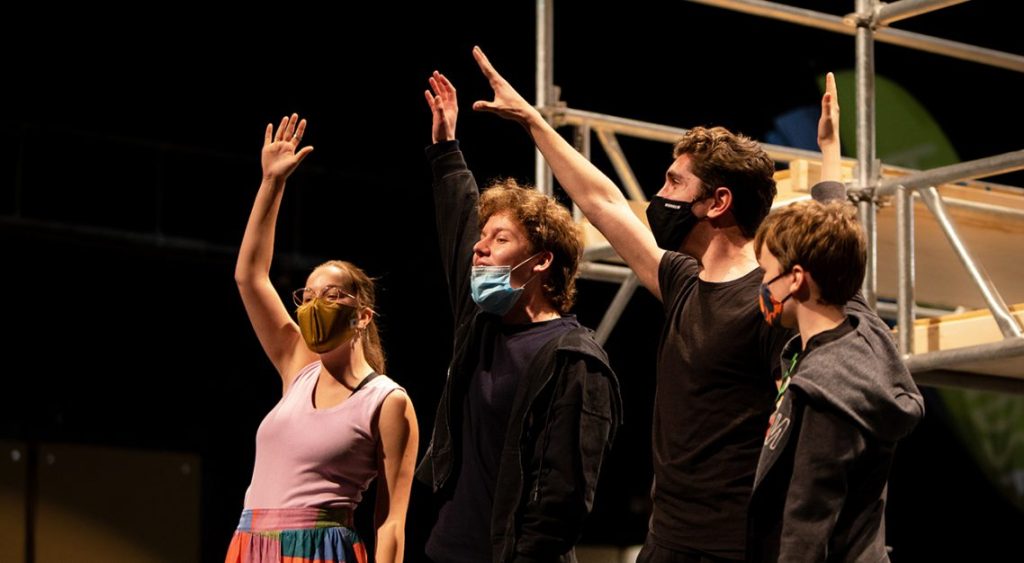 Troy University’s Department of Theatre and Dance is set to debut its rendition of Disney’s 1992 hit musical “Newsies” on March 3. The production will run until March 6.

Loosely based on the New York City Newsboys’ Strike of 1899, “Newsies” features the plight of 17-year-old newsboy Jack “Cowboy” Kelly, played by Jacob Brooks, and friends Davey and Katherine, played by Chris Ahlf and Reagan Gross. When a large newspaper publisher sets new rules that make it harder for the young salesmen to earn money, they go on strike. Along the way, aspiring reporter Katherine works against the industry to tell their story as the newsboys’ battle grips a rapidly expanding city hungry for news in the midst of the American Industrial Revolution.

The cast has been practicing for the upcoming production since Jan. 6.

“This quote by Margaret Mead hit me between the eyes when I was trying to describe its significance to the company, ‘Never doubt that a small group of thoughtful, committed citizens can change the world; indeed, it’s the only thing that ever has.’ When you’re talking about making positive change, all of us can do something. Even those of us who are younger or poorer or in the minority of the conversation. That change comes from those people standing up to speak out about something that they believed in.”

After two weeks, a little bit of courage, “a lot of common sense and a lot of heart,” the strike is successful. Averett said what she loves most about “Newsies” is it highlights the younger generations and their power to change the world.

“We’re in a time where our younger generations—our college and high school students and even children, in some instances—are making us rethink the way that we’re taking care of the world and the way that we do things, and that’s what we need,” she said. “I’m always so proud of our students who stand up to ask questions or stand up to try to find a different way forward, and this is sort of a celebration of that youthful resilience and courage.”

“It’s important that people know our students help make these shows. They’re not just performing,” Averett said. “There’s a chance to lead and to be on the leadership team of a production. We don’t want to drop them into a world where they’ve never been allowed to lead or take charge on something and have some autonomy. You come to TROY to learn how to lead change in your field or your community.”

The Tropolitan has also joined in on the fun, committing to helping provide newspapers for in-character cast members to pass out around campus on opening day.

“We’re having a great time, the students are proud we didn’t give up and it’s going to be great show,” Averett said.

Shows begin nightly from March 3-6 at 7 p.m. in Claudia Crosby Theatre. A matinee showing for K-12 students will be held on March 4 at 10 a.m.

Tickets can be purchased online or at the Trojan Center Box Office by the Barnes and Noble Bookstore. General admission tickets are $10, and tickets purchased with a student ID are $5.