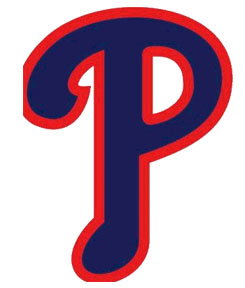 The Pike Liberal Arts Patriots baseball program got the 2022 season underway with a doubleheader on Feb. 15 and left no doubt that the defending state champions are favorites again this season.

The Patriots knocked off Monroe Academy 15-0 in just three innings after flattening Patrician Academy 10-0 in four innings at the Gator Classic on the campus of Clarke Prep in Grove Hill.

Against Patrician Academy, the Patriots strung together 11 hits in 23 at bats, including the first home run of the season, while Pike pitchers fanned 10 batters and allowed just one hit in 13 at bats.

On the mound, Press Jefcoat pitched three innings and struck out eight batters, while giving up no hits or runs. Will Rice finished up the game with one inning pitched and two strikeouts with just one hit allowed.

Against Monroe, Pike’s bats were on fire yet again as the team earned 14 hits in just 20 at bats with only two strikeouts on the day. Eubanks went 2-for-3 with a triple, an RBI, three stolen bases and three runs, while Lee was 2-for-3 with two runs. Jayden Jordan earned two hits with a triple, two RBIs and a run. Press Jefcoat also had two hits with three RBIs and two runs.

The Pike pitchers were just as dominant this go around pitching a no-hitter. Auburn signee Drew Nelson mowed down six batters and gave up no hits in two innings, while Lee pitched the final inning and struck out three batters with no hits given up.

Pike heads to Edgewood Academy next on Feb. 18 for tournament action.