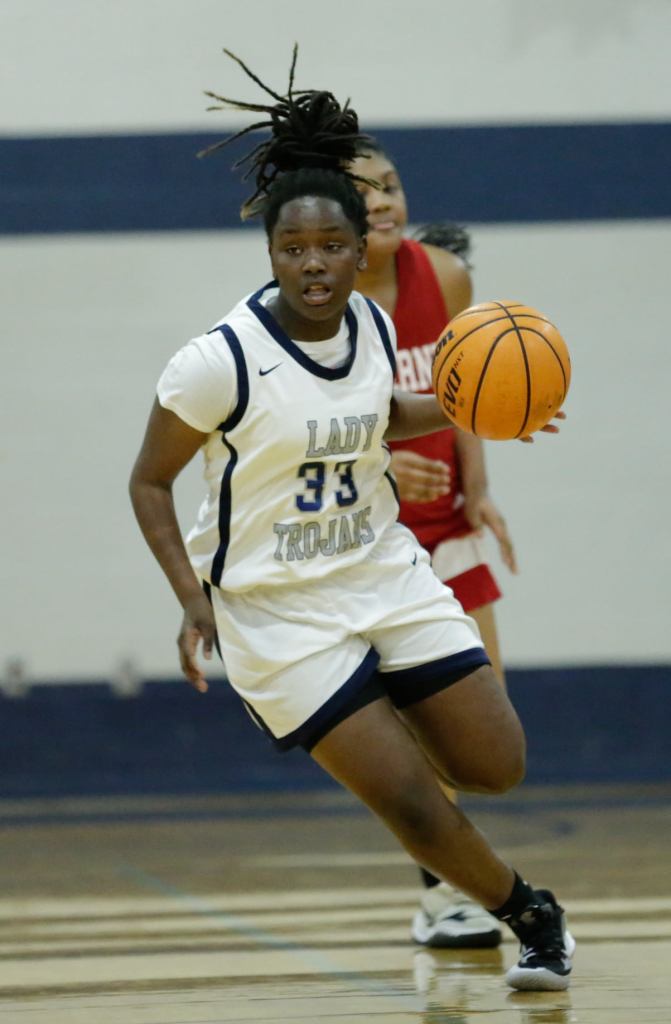 Madison Ousley (33) and the Lady Trojans will play in the regional semifinals on Feb. 18. (Photo by Dan Smith)

On Feb. 14, both the Charles Henderson Lady Trojans and Pike County Lady Bulldogs advanced to the regional round of the AHSAA State Girls Basketball Tournament with wins in the sub-regional round.

In the Class 3A Sub-Regional, Pike County hosted Wicksburg and picked up a resounding 50-36 win to advance to the second round of the state tournament.
The Lady Dawgs were led by Amity White with 17 points, while Kyah Rouse added 14 points and Taniya Green scored 12 points. Mackenleigh Booth led Wicksburg with 12 points and Kara Cox added nine points.

Charles Henderson traveled to Headland on Feb. 14 and gutted out a tough 34-28 win to advance to the regional semifinals, as well. The Lady Trojans led 11-9 headed into the second quarter after Madison Ousley reigned down three three-pointers in the opening quarter of play.

The Lady Trojans were led by Ousley with 13 points, while Madison Allen chipped in with six points. Tyra Benton scored nine points for Headland.