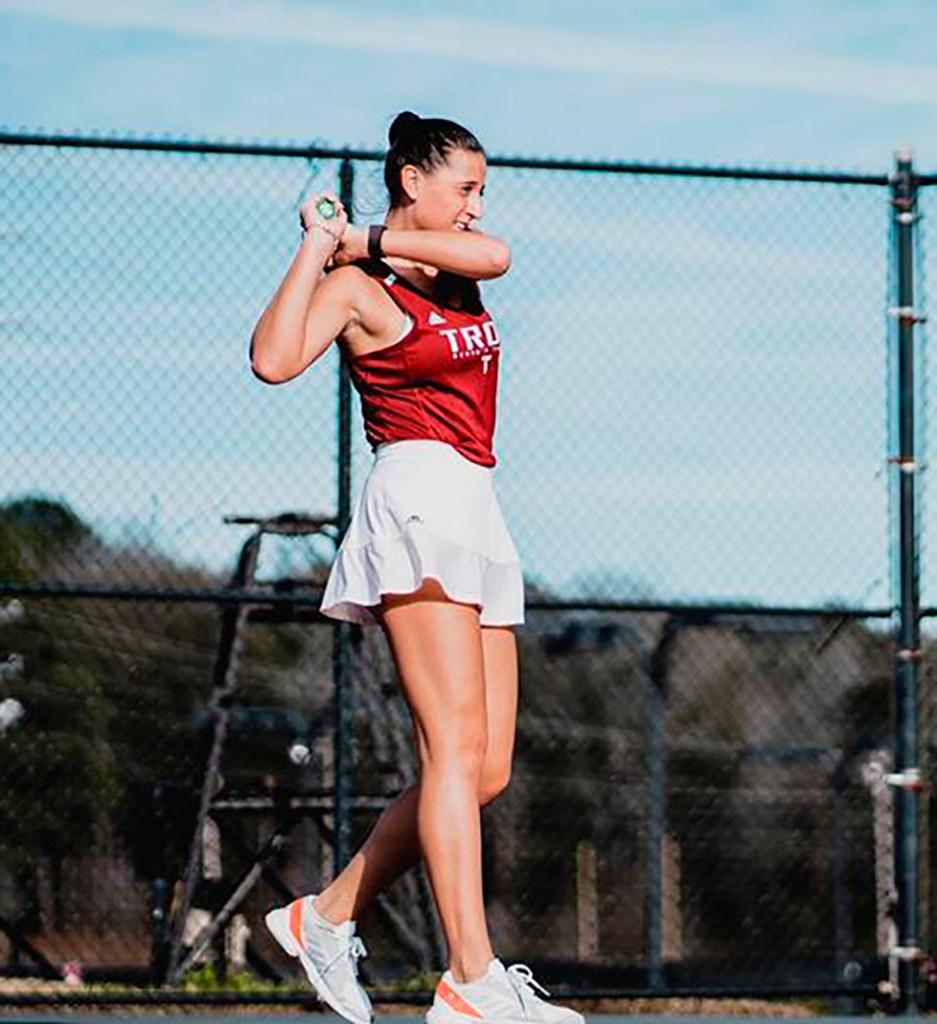 The Troy women’s tennis squad picked up their first win of the 2022 season on Feb. 9 with a 5-2 victory over Alabama State at home.

Troy started off the match with four straight wins. In doubles action, Chiara Dabrano and Franziska Ahrend won their match 6-1 and the tandem of Andrea Widing and Anastasiia Khoklova won theirs 6-3. Those wins put the Trojans ahead 1-0 in the match.

In doubles action, Troy picked up three straight points when Kristina Kukaras, Michelle Ncube and Haagar Amin each won their matches 2-0 to put Troy ahead 4-0. Kukaras won both sets 6-0 and 6-2, while Ncube won her sets 6-1 and 6-4 and Amin won hers 6-1 and 6-3.

Those wins secured the overall match victory for Troy, but Alabama State came back to win the next point as Sahra Bouchaala of ASU beat Khoklova 6-2 and 6-3 in both of their sets. Troy made the score 5-1 when Franzika Ahrend defeated Timothee Legaud 6-3 and 6-2 in two sets.

In the final singles matchup, Alabama State’s Bea Acena picked up a 2-1 win over Olivia Elliot. Acena won the first set but Elliot came back to win the second set forcing a third and final set. Acena won that final set 5-2 to give ASU their final point of the match.