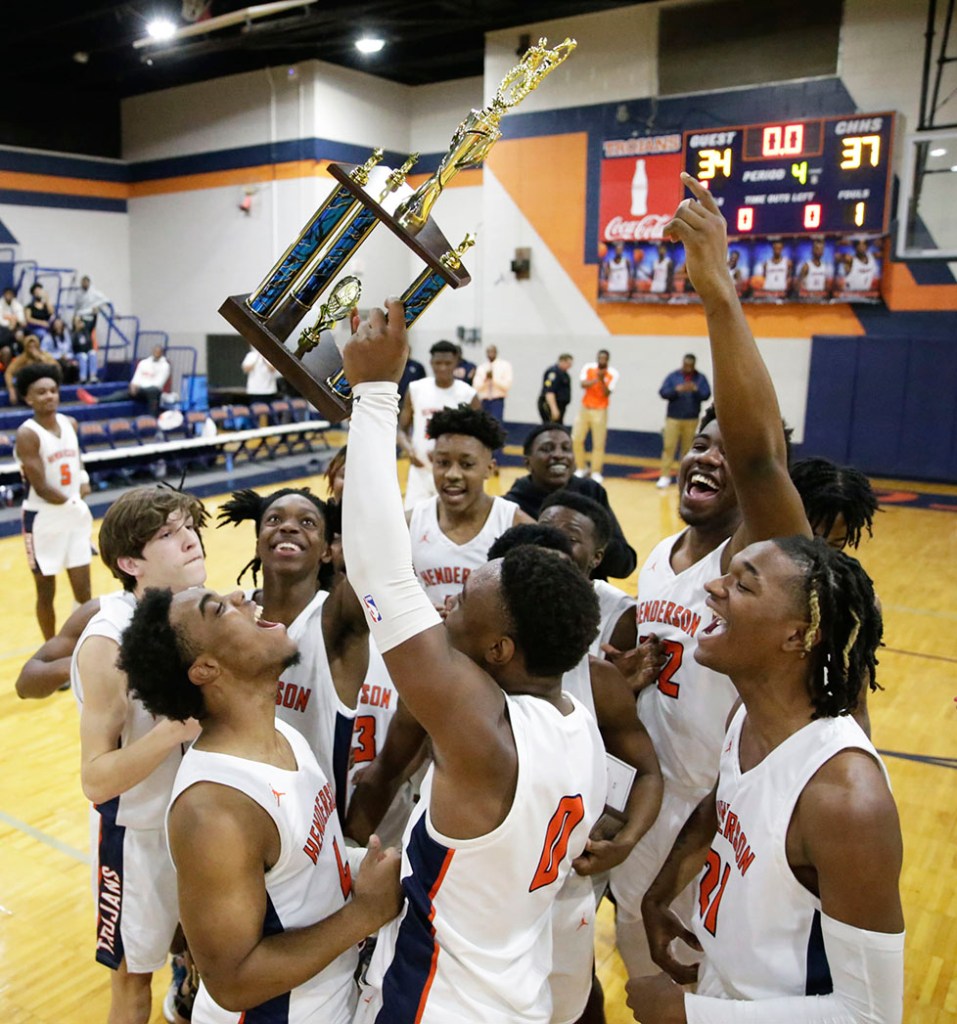 Greenville High Head Coach Wesley Person knew the best chance for his team to beat Charles Henderson High Thursday night was to take the Trojans out of their game, and he and his Tigers were masterful at doing just that, but it was not enough as CHHS ended up with the 37-34 Class 5A, Area 4 tournament championship win in Troy’s Betty Wagoner Hall.

The Greenville boys froze the ball to slow down the pace of the game against a CHHS team that is accustomed to a fast-pace assault, but it was the Trojans that turned the tables to open the fourth period, as CHHS Head Coach Tim Fayson showed that his Trojans could play that same game.

After jumping out to a 14-13 first-quarter lead, Greenville held the ball in their first possession of the second quarter, with CHHS clinging to an 18-17 halftime advantage.

Both teams came out at halftime with their foot on the gas with CHHS leading 35-33 after three periods, with Trojan Head Coach Tim Fayson giving Greenville a taste of their own strategy, as Charles Henderson held the ball for the first six minutes of the fourth period without taking a shot, before fighting for the 37-34 win to claim the Area 4 tournament title.

“I’m just happy we came away with it,” said Coach Fayson. “It is a testament to all the hard work these young men have put in. They stayed the course. We knew it was going to be a tough game, and I am just proud of all of them.” 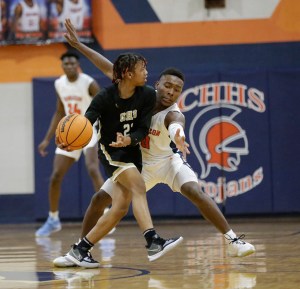 Although not typical of the high-scoring games the Trojans are accustomed to, it was excellent strategy by Coach Person of Greenville to give his team the best chance to win as he remembered that the Trojans ran away with a 75-42 regular season win in Troy earlier this season.

“They did a great job,” said Coach Fayson, “It was a good strategy. It took us a while to adjust because we are used to getting up and down, and it made us think. But I am proud of our guys. Those tough games earlier this season showed tonight. Those games against Mountain Brook, Vestavia Hills, going on the road, playing Eufaula, those games payed off tonight.”

Improving to 22-5 on the season, the Trojans will play again Tuesday in a one-game Sub-Regional contest in Troy against the loser of the Carroll of Ozark vs. Headland, with that game being Friday, Feb. 11.

The winner of that game will advance to the Regional Tournament to be played in Montgomery.

Knox, Shorts and Youngblood were each named to the All-Area Tournament Team, with Knox earning MVP honors.

Maestri looks back on the ‘Unbreakable Record’