Remember When … Potato houses were vital to family farms 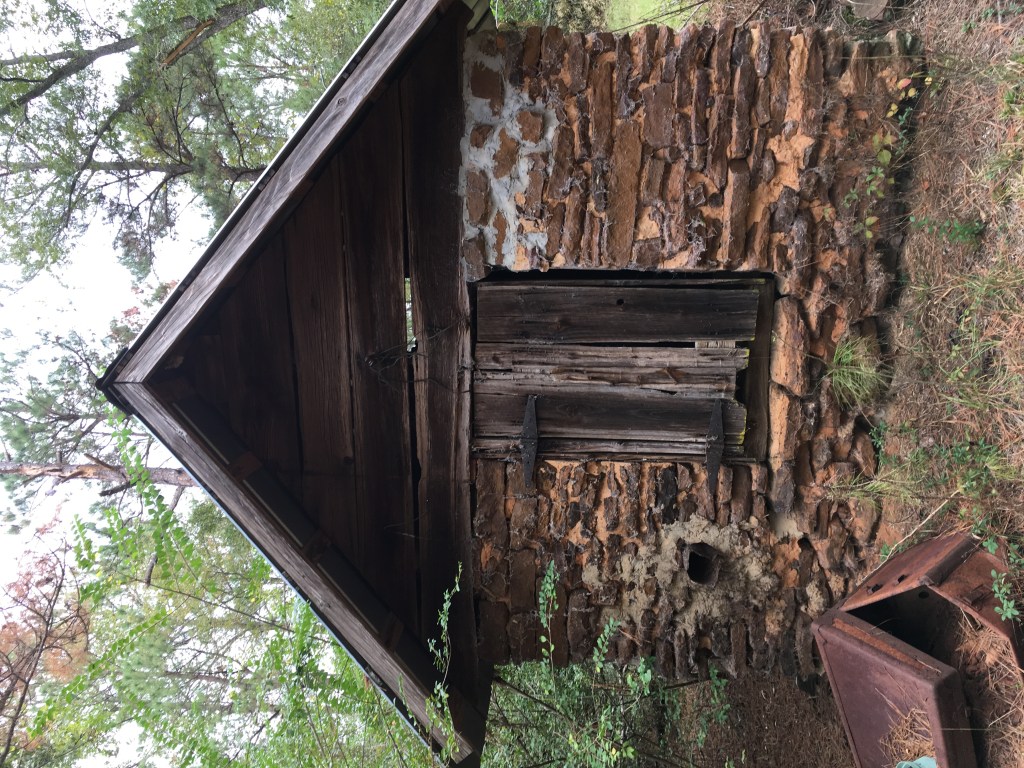 An antique/junque dealer was asked what would be the next rage in collectibles and he replied, “something we are throwing away.”

In today’s world, photographers are finding ‘things’ seemingly “thrown away, namely, abandoned buildings and dilapidated structures left to time and the elements — to be prime subjects for their lenses.

But, what are the stories behind those buildings that time has forgotten?

Photographs are treasures and, just as much so, are the stories if any remain to be told.

on their property in “rather rural” Pike County.

“A potato house is what it is,” Bill Ward said of the unusual structure that has the appearance of being weak and old.

“We had a lot of buildings of the farm back then,” Ward said. “Two big barns, as I remember, and the usual cribs, with workbenches and, of course, a smokehouse and the potato house that was a very important part of the farm. It was where our food was preserved for the cold weather months. And, no food was more important than our potatoes – sweet potatoes and Irish potatoes. They would carry the family a long way in the wintertime.”

The Ward family’s potato house was more substantial than other “potato hills.” Their “house” was a rather unusual building in that it was built on a hillside out of rocks and clay that were readily available and “didn’t cost anything.”

“You could get rocks most anywhere around the farm. And, clay? There was no shortage of that,” Ward said. “And, too, a rock and clay potato house could take the weather — rain storms, wind storms, whatever came.”

Ward said he remembered once when a tornado went through the southeastern part of Alabama.

“It knocked down trees all around and blew the roof of the potato house,” he said. “The wood shingles went everywhere. But the rocks and clay didn’t move. They were part of the earth.”

Ward said most people stored their potatoes in what was called a tater hill.

Potatoes had to be stored in a dry place and away from rats, primarily, but also squirrels, raccoons and other sharp-toothed scavengers.

Wards said potatoes, most often, sweet potatoes are stacked in teepee-like fashion with pine straw between each row to keep the potatoes dry and to prevent rotting. Once the potato hill was about five feet reaching height, the hill was secured with boards placed vertically around the hill with an air space between each.

When it was time to “pull” potatoes from the sack, a board was simply pulled back so a hand could reach up and in and get enough potatoes for the family’s meal. Ward said care had to be taken so as not to take hold of a snake that had worked its way into the tater hill.

Children were not allowed to get potatoes from the hill because there was always the danger of being snake bitten.

On the hillside of Billy and Nita Ward’s property is a potato house that is unlike most potato storage houses that dotted the rural southern landscape decades ago. Any photographer that is interested in forgotten structures would appreciate this worn and weary potato house. But, just as important are the visual images that are created by the stories that told of back when folks were tater hill poor.