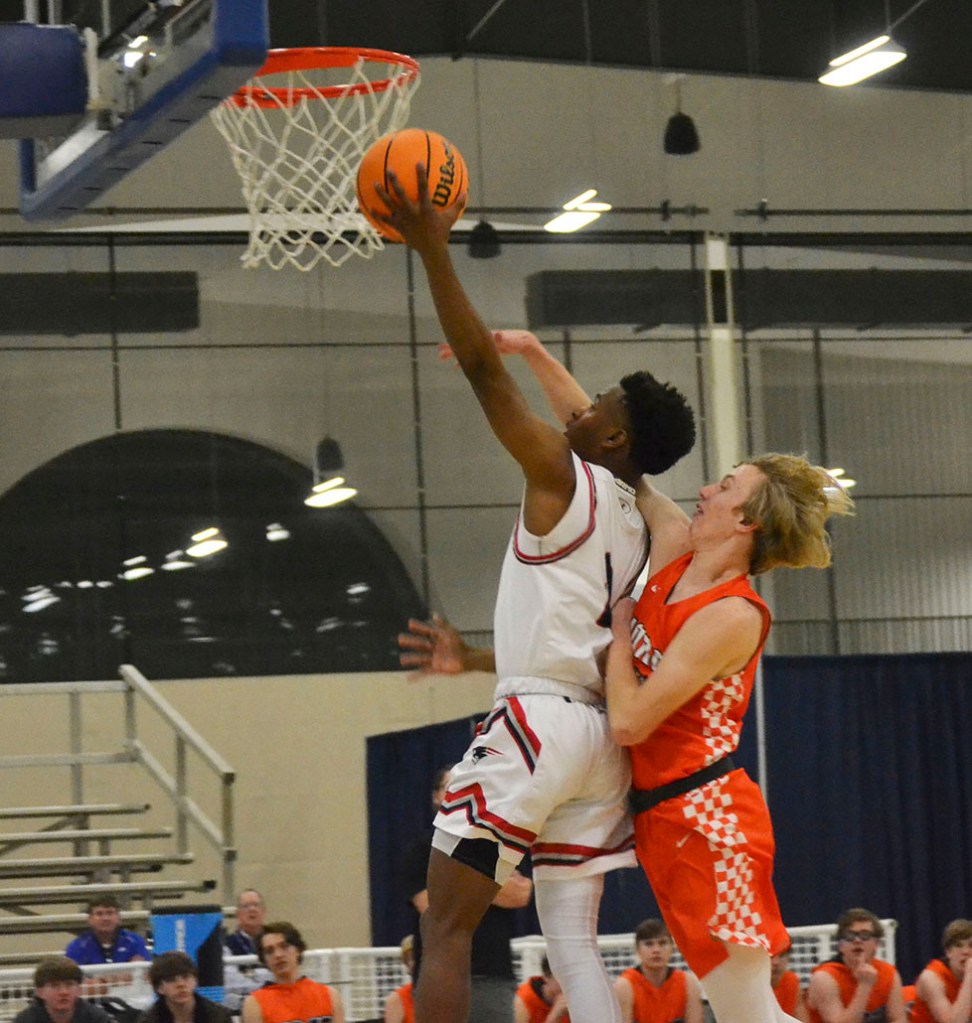 Darryl Lee (2) and the Pike Lib Patriots are headed to the AISA Final Four. (Photo by Josh Boutwell)

The Lady Patriots saw their season come to a close in the Elite 8, while the Patriots advanced to the Final Four.

The girls came into the Elite 8 shorthanded due to some players unable to play and the young Lady Pats fell to Clarke Academy by a score of 42-19.

“We’re a really, really young team,” Lady Pats coach Brandon Matthews said. “That’s eighth, ninth and 10th graders out there and I feel like they played as hard as they could.

“We only had seven players but I can’t be displeased with their effort. In a couple of years I think these girls are going to be really good.”

Clarke Prep jumped out to a 14-2 lead in the first quarter and took a commanding 21-4 lead into halftime. Pike Lib was able to find a bit more success offensively in the second half but Clarke Prep still managed to outscore the Lady Pats 21-17 in the half. 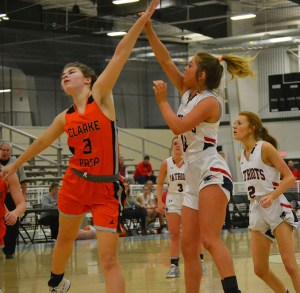 Despite the frustrating finish, Mathews said he was pleased with his team’s growth this season.

“I felt like there was a lot of growth this season,” he said. “Logistically it was a (tough) season, we had a lot of cancelations. So, we didn’t get to play as much as I would have liked to, to get these girls some more playing time and development. The theme I use is ‘growth,’ and I think a lot of our girls grew both as players and leaders.”

The boys team came out on fire against Monroe Academy starting off on a 14-0 run before Monroe ever scored a basket. The Patriots eventually took a 20-2 lead into the second quarter and led 38-16 at halftime.

Pike Lib poured it on in the third quarter again taking a 58-23 lead into the fourth quarter. The Patriots were able to empty the bench and play a number of reserve and younger players that haven’t gotten as much of a chance to play this season resulting in a 65-32 win.

“I think we were able to get our jitters out being in the Elite 8, so I felt pretty good about the way we played,” Patriots coach Matt Brown said. “I thought it was good (that more players got to play). Those guys come to practice and do a great job of cheering on their teammates, but it feels kind of unfair that they have to just sit there and not get a chance to play as much. So, it was great to get them a chance to go in and play and get a few shots up.”

The Patriots will now advance to the Final Four and play Tuscaloosa Academy on Feb. 12 at 11:30 a.m. in the Multiplex at the Cramton Bowl in Montgomery. Tuscaloosa Academy, like Pike Lib, came into the state tournament receiving a bye in the first round as a No. 1 seed. The Knights went on to beat Glenwood School in overtime in the Elite 8.

The Patriots and Knights faced off back on Jan. 25 with Pike Lib winning 69-38.