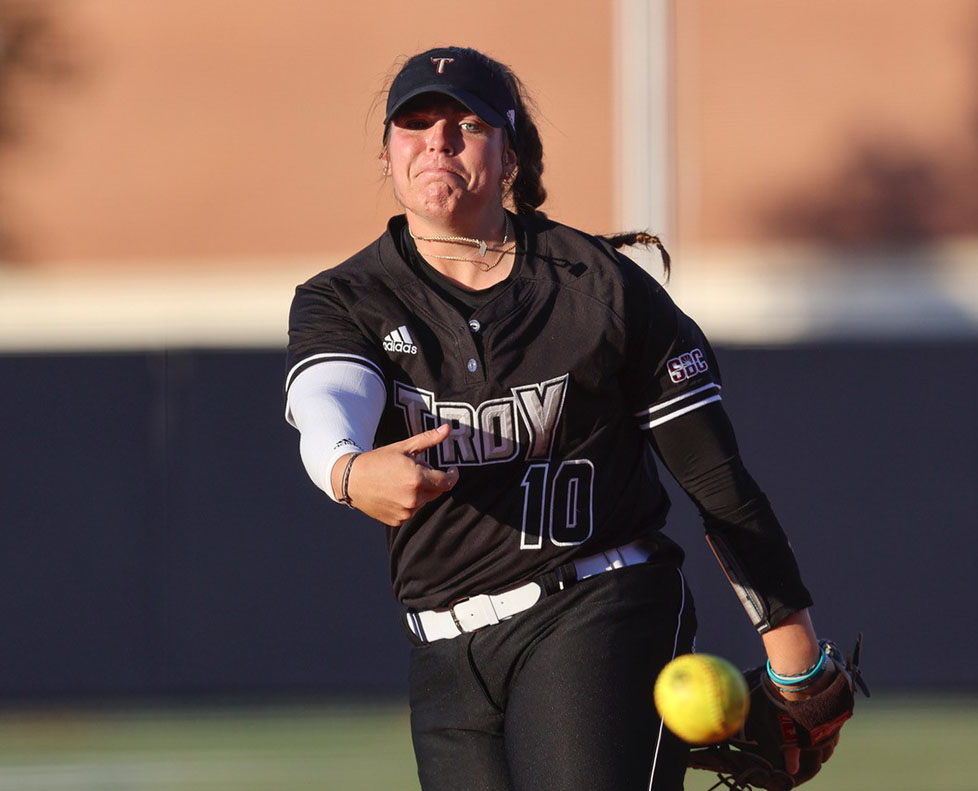 The Troy University baseball and softball teams held their annual media day this week in preparation for the beginning of the 2022 spring season with both teams excited about the future.

The Trojan softball team is coming off their first appearance in the NCAA Tournament in over 20 years but will be trying to follow up that momentum without head coach Beth Mullins, for at least the first part of the season, as she recently took a leave of absence for health reasons. Filling her shoes as co-interim coaches are former Troy standout Taylor Smartt and former Mississippi State star Holly Ward.

“I think it’s probably a little scary to them I’m sure, but I think they trust Holly and I and they know what Coach Mullins did was courageous and they want her back healthy,” Smartt said of the players response to Mullins decision. “You can tell they care about her as a person and respect her as a coach, so they want her to come back healthy.”

Smartt said that she will continue to handle coaching hitting and defense, while Ward continues her role as pitching coach.

“We have great chemistry together and I think one thing that’s a positive is we always bounce things off each other. We’re going into this together,” Smartt said. “We both want what’s best for the program. Administrative roles are something we’re adjusting to and we’ll handle that together.”

Smartt – a Troy native – is the daughter of longtime Troy baseball coach Mark Smartt and said that he and other head coaches have been helpful throughout this process.

“My dad has a ton of experience that not many have,” she said. “Having him in my corner has been a big help and I have had other coaches reach out to me that have mentored me throughout my career. They’re supporting me and Coach Holly and they want us to be successful.”

Leading the way for the Trojan softball team will be preseason Sun Belt Pitcher of the Year Leanna Johnson. The Brantley native is coming off a season in which she earned All-Sun Belt honors and ranked 12th nationally in strikeouts with 260. She also led the Sun Belt in strikeouts, shutouts and hits allowed.

“It was a big honor,” Johnson said of being named Preseason Pitcher of the Year. “I really am appreciative of it and am excited to have that honor. We have a lot of good pitchers in the Sun Belt and to be at the top of that (list) is really nice. I can’t wait to get to work and make it happen this year.”

With the Trojans coming off a historic appearance in the NCAA Tournament, Smartt said she wants a repeat performance this season.

“It had been 20-25 years since we did that and you can’t put that into words,” she emphasized. “They know what they did was awesome and will be remembered and cherished forever, but they want to go out there and do it again.

Johnson confirmed her coach’s stance on the team’s hunger to return to the tournament.

“It was like no other feeling,” Johnson said of making the tournament last season. “Sitting in there with all my teammates in our team room and hearing our name called to head to Tuscaloosa for regionals was extraordinary.

“We went crazy and we want that feeling again and want to get back there. It was something we want to feel again and will work towards. I’m excited to feel that again.”

Troy softball will get the 2022 season started off this Friday, Feb. 11, with the Trojan Classic. Troy plays the College of Charleston on Feb. 11 at 2 p.m. and then plays Southern Illinois at 5 p.m. The Trojans will play Southern Illinois again on Feb. 12 at 1:30 p.m. before battling Purdue-Fort Wayne at 4:30 p.m. Troy closes out the Trojan Classic against Purdue-Fort Wayne at 11 a.m. on Sunday. 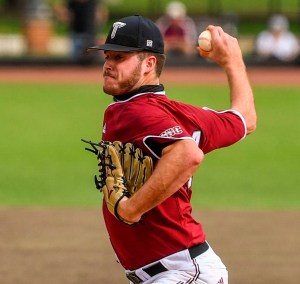 The Troy baseball team comes into 2022 with a new head man at the helm for the first time since 2016 as Skylar Meade steps in to replace Mark Smartt.

“This program has had a ton of great coaches and I just want to do my part to continue the success they’ve had,” Meade said. “I selfishly want to take this place to heights it’s never seen and you do that by developing players, developing relationships and by how you get after it on the road recruiting.

“We’re going to do that. People won’t outwork us or out-scheme us. I think the previous coaches did all that and that’s why there is so much passion here and I just want to do my part to continue that tradition.”

Meade, a former pitcher at Louisville, comes to Troy after four years as the pitching coach at South Carolina.

“It’s been a wild six or seven months since we got here,” Meade said. “Our guys have been working incredibly hard and I think they’ll reap the benefits of that. We’re very excited about what they’ve been doing and have a lot of great things ahead of them.”

Meade said that he’s been concentrating on making sure his players figure out what they do best and maximize that.

Troy returns Freshman All-American pitcher Garrett Gainous, who was selected as a Preseason All-Sun Belt pitcher, as well. Gainous boasted a 4.66 ERA with 83 strikeouts, while holding opposing batters to just a .248 batting average as a freshman.

The Trojans will jump off the season with a series against Holy Cross Feb. 18 through Feb. 20. The first game takes place at 4 p.m. on Feb.18. Meade said he was proud of the home schedule, and schedule as a whole, Troy managed to put together this season. Along with conference opponents, Troy will see teams like Kennesaw State, Indiana, Auburn and UAB come to Riddle-Pace Field this season. The Trojans will also face off against Alabama, UAB, Auburn and Georgia Tech in road games. In fact, Troy will play almost every major baseball school in the state including Alabama, Auburn, UAB, Samford, Jacksonville State, Alabama State and South Alabama.