A long walk to a homeplace 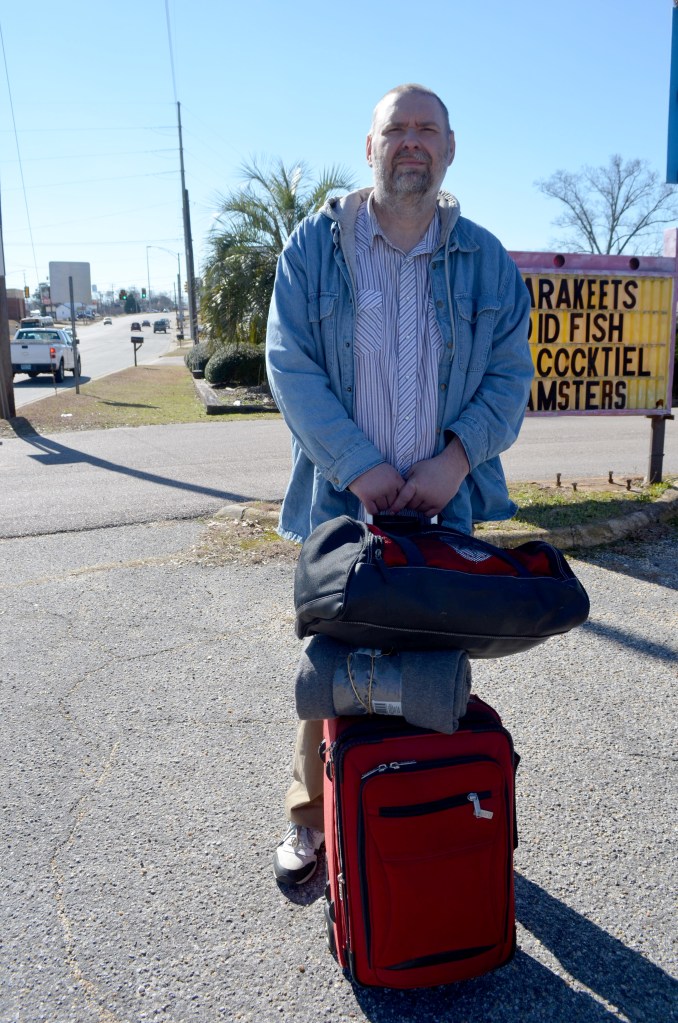 Jaine Treadwell | The Messenger Christopher Curton is trying to get to Montgomery to find a homeless shelter. Curton hopes he’ll be able to find a job and get back on his feet in Montgomery.

Christopher Curton is finding his way to the place he wants to be and needs to be.

He wants a place to call home, “be it ever so humble.”

Curton walked into Troy on Tuesday and out of town on Wednesday. With every step, just maybe, he was closer to a place to call home.

Curton is homeless and a local thrift store helped supply his great need, a pull bag to carry “all I’ve got.”

The circumstances that brought Curton to this place in life stemmed primarily from circumstances as an adopted child that continued to drag him back.

Curton is from the Cottonwood area and it has been a long journey to Troy. The road ahead is even longer.

“When I’m walking the roads, I try to stay where the light is,” he said. “I don’t want to go where it’s dark but the police make me stay out of the light. I don’t know why they do that.”

The weary walker said he cannot explain how he got to be in a place of homelessness and almost hopelessness.

“I don’t know how it happened for me to be in this dark place,” he said.

But Curton believes there is a way out.

“If I can make it to Montgomery, there’s a lot of shelters up there for people like me,” he said. “If I find a place to stay, maybe I can get work to do”

“I got robbed one time at night,” he said. “I had to file a report to say the man stole thirty dollars. “I’ll work if I can get work and maybe, then, I could get a place to stay. That’s what I need, what I hope’s up the road for me, up in Montgomery… or somewhere or anywhere.”