Maestri looks back on the ‘Unbreakable Record’ 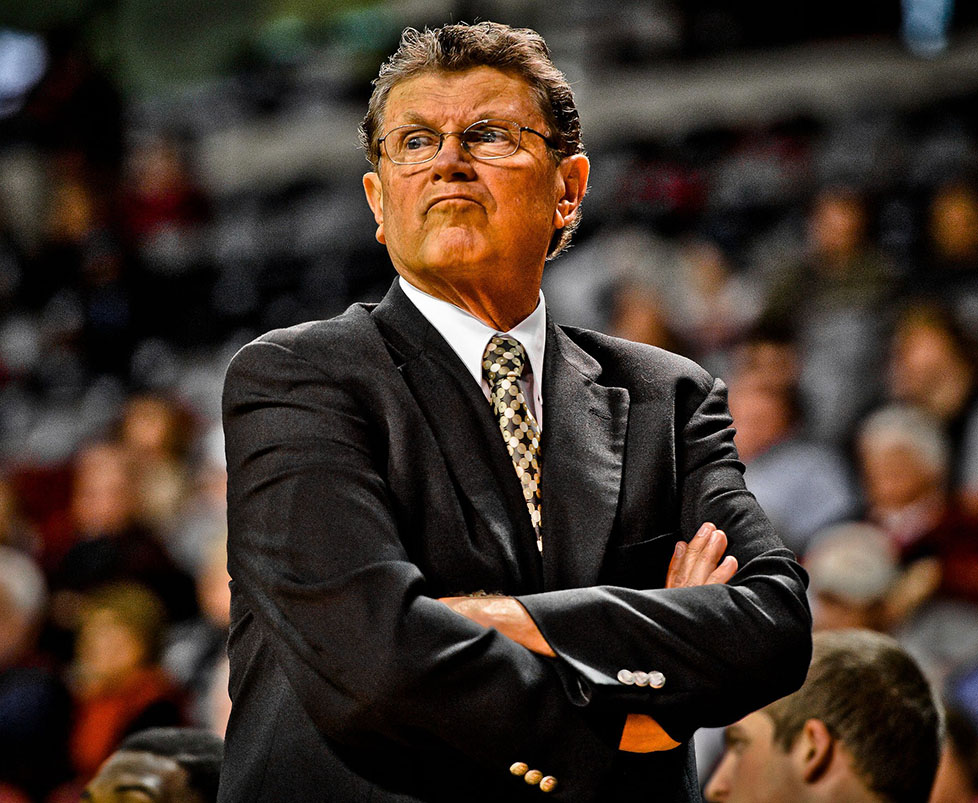 A basketball team scoring 258 points is as unthinkable today as it was back in the 1990s but on Jan. 12, 1992, the Troy State Trojans proved that no record was safe from Don Maestri’s “run and gun” offense.

Jan. 12, 2022 marked the 30-year anniversary of the highest scoring game in college basketball history – when Troy State defeated Devry University 258-141 – and this weekend Troy University will celebrate that team and that game. Ahead of that celebration, though, Troy State’s longtime coach Maestri spoke with The Messenger about the significance of that game.

During the 1990-1991 season, Troy State had broken the NCAA record for points in a game with 184 points against Devry. The two schools agreed to play again, this time in Troy, during the 1991-1992 season.

“Believe it or not they were known as a school for computers,” Maestri said with a laugh. “They wanted to play again because they had fun, too. After the game they had enjoyed it as much as we did.

“(Breaking the record) wasn’t the goal that day. We just played them because the year before we all had fun and it was an entertaining game.”

While the Trojans didn’t come into the game against DeVry with the goal to break their own record, the possibility was not lost on fans and students.

“We had a great crowd, especially the students, and that’s one of the things that stands out most to me about the game,” Maestri said. “A lot of them had ‘200’ painted on their faces because the year before we had scored over 180 points and they thought we had a chance to score over 200.

“It really wasn’t our goal, though. It just fell into place with us shooting really well and the speed of the game really created a lot of opportunities for us.”

“DeVry played a system where they liked to run with a fast-paced offense, so with both teams playing that ‘run and gun’ style it enabled that many more shots to be taken; that is part of the reason for the high number of points in the game,” Maestri said. “We were used to shooting a lot of threes but to hit 51 threes in a game is amazing. We had a lot of practices where we didn’t hit that many threes. That stands out a lot to me to this day.”

Maestri’s Trojans not only hold the most three pointers made in all of college basketball and Division II but also the Division I record as his 1994 Trojans knocked down 28 threes against George Mason in 1994.

Believe it or not, Maestri was a more defensive-minded coach before adopting the “run and gun” offense in 1989.

“West coast basketball came on late at night and (Troy State assistant) Coach (David) Felix and I were over at his house drinking a couple of beers and Loyola Marymount was on TV and they were doing their version of it,” Maestri said. “The following year we weren’t going to have a very big team but we had a lot of really athletic kids that could shoot coming back.

“We decided that would be a perfect system for us. I called Loyola and got a lot of tapes of their games where they were scoring in the 100s and we put in their ‘run and gun’ system but decided to press on defense, because we knew the press would speed up the game more and force the other team to play fast, too.”

Troy’s defense is what made the Trojan version of the “run and gun” standout from other versions of the offense. The relentless full-court press defense led to turnover after turnover from opponents. In fact, DeVry turned the ball over 44 times in the 258-point game.

“The press created a lot of points for us, it was a big point of emphasis,” Maestri said. “Our press was based on picking up full court and denying every single pass. Some teams scored on us quickly but we still thought it was in our favor to play that way.

“Our fans didn’t really understand it at first but we thought if we just made the other team play faster, most of the teams we played weren’t comfortable with that. If we made them play faster, even if we gave up some easy layups, eventually it would make them uncomfortable later on. Our press was one of the keys to why we were able to score so many points.”

Against Devry, two Trojans had six steals and five had three or more steals. That was the norm for Meastri’s teams.

“We had guys sometimes that would have 10 steals in a game,” he said. “That’s how good we were at the press and that was a big part of the system. We had games where we were down 10 or 12 points in the last three minutes and we would end up winning because the other team would panic. We were able to make them uncomfortable.”

The ability to play that style of press defense and the “run and gun” offense necessitated Maestri’s players to be in elite shape in terms of conditioning.

“We would have drills where you had to score 100 points in three minutes that was full court, which meant they never stopped running,” Maestri said. “It was physically really difficult, you had to exert a lot of energy to run our drills.

“The defense and pressing drills would just wear you out. We would make them deny a guy the ball and then run down to the other end of the court and deny the ball again. You would be physically exhausted. We would also have offseason programs on the track where we’d run them there, too. They were in great shape, you couldn’t help it but be in great shape with all that running.” 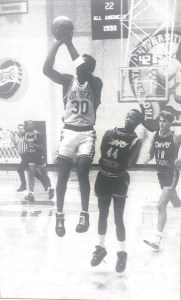 Against, DeVry every single Trojan player scored and eight players scored over 20 points with all but one player scoring in the double digits. Troy Hall of Famer Terry McCord scored 41 points that night and Brian Simpson scored 37 points. Both Dandrea Evans and Jack Smith scored 29 points each and current Charles Henderson basketball coach Tim Fayson scored 12 points with five assists and three steals on the night.

With all of the records came plenty of recognition. Sports Illustrated and ESPN did features on the running and gunning Trojans of Troy State, but Maestri said as great as it was for the program the recognition is not something that stands out in his memory as something he holds in as high regard as some of his other Troy memories.

“I don’t put as much emphasis on the 258-game as a lot of other people do because we won seven conference championships and went to eight postseason tournaments,” Maestri said. “That takes a whole season worth of work and we did that in five different conferences in Division II and Division I. We won four conferences in five years.

“The 258-points gave us a lot more publicity because it went nationwide but those great teams over the years and great players are a lot more significant to me.”

Maestri’s teams won a lot of games, especially at home, and he said that means more to him now, too.

“We won 501 games in three decades there and we had a lot of outstanding players. It’s funny every time we had a player that won an MVP or we won a championship I won coach of the year. It’s funny how that works,” he joked. “I know what players mean and what good players mean to a program. Very seldom did we lose at home, we won 70 percent of our home games in 30 years.”

The season following the 258-point game, the Trojans made the Division II National Championship game for the first time ever. The following year, Troy State would make the move to Division I.

Troy University will celebrate the 258-point game this Saturday, Feb. 12, for the home game with Little Rock at 4 p.m.. Many of the players and coaches from that team will be on hand and will be honored before the game and during halftime. 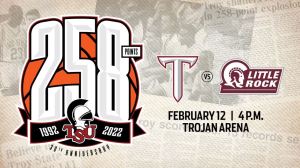 The school will also give away special “Believe It” rally towels to the first 1,000 students at the game and the first 2,000 fans will receive special throwback style Troy State T-shirts. The basketball team will also be wearing throwback Troy State uniforms. Tickets are still available for the game and Troy wants to pack Trojan Arena for the occasion. Tickets can be purchased at www.troytrojans.com. 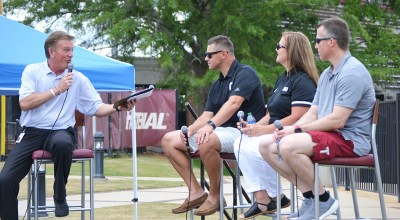