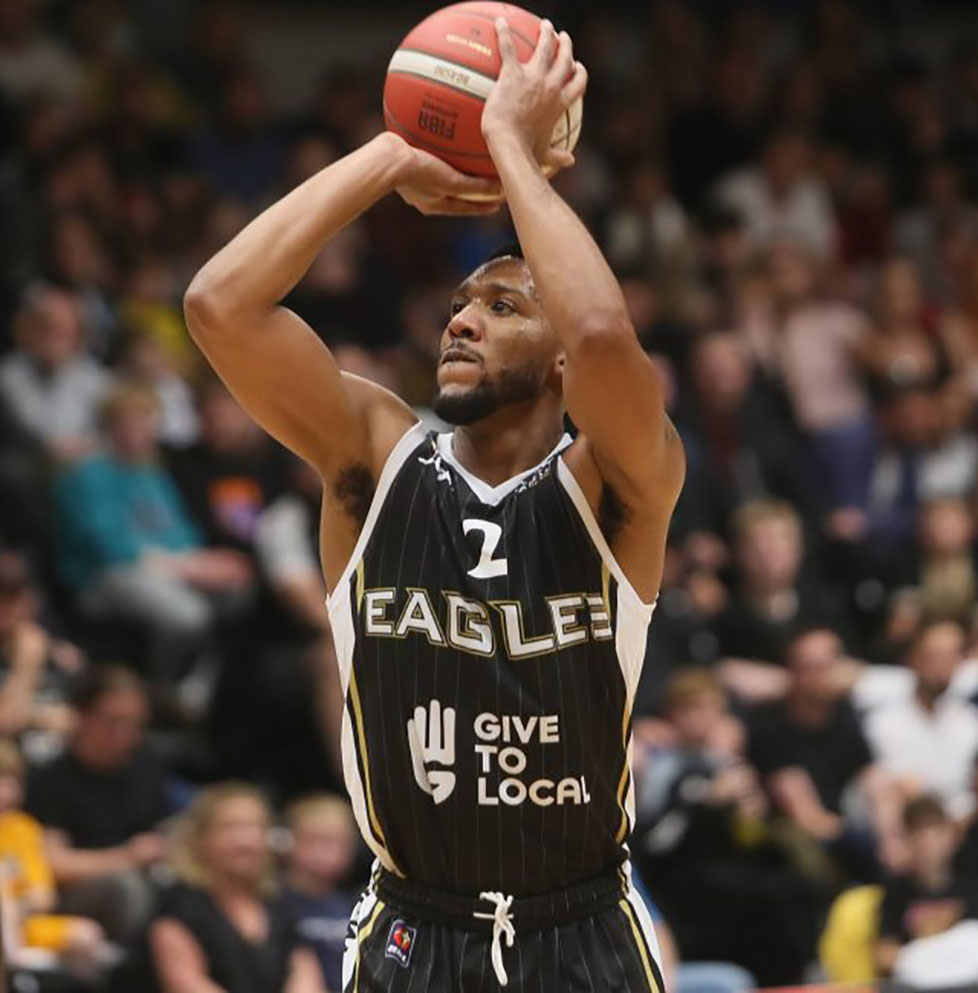 Former Troy basketball standout Wesley Person Jr. has taken his talents overseas to compete for the Newcastle Eagles of the British Basketball League.

After a year out of basketball, where Person helped coach at his alma mater Brantley High School, he received an offer to play for Newcastle.

“I actually hadn’t heard of the league,” Person said. “When I was speaking to my agent I was expecting to go (somewhere else) in Europe and I hadn’t heard about basketball in the (United Kingdom).

Person currently sits at fifth in the league in scoring with 184 points through 13 games. His 14.2 points per game also sits him at sixth in the league among players that have played more than nine games.

After starting off with a few tough games, Person seems to have found his stride scoring over 20 points in each of the past three games, including a season-high 22 points with six three-pointers against the London Lions on Jan. 23.

“It’s going good, it’s good to be back playing,” Person said. “I sat out last season, so it’s good to get back in the game. The season isn’t going how we want it to right now because of dealing with injuries and COVID and everything but I’m enjoying being back playing.”

Person, the son of former NBA star Wesley Person Sr., was a standout at Brantley High School before heading to Troy where he broke the all-time school scoring record and set the record at both Troy and the Sun Belt Conference for three-pointers made in a career. Following his college career, Person signed a contract with the Italian professional basketball team the Roseto Sharks. He would then go on to be selected by the Main Red Claws of the NBA G-League in the 2019 NBA G-League Draft. He would also later play for the Egis Kormend of a Hungarian basketball league.

Person said that one of his primary goals coming into the season was to prove what he still had what it took to play professionally.

“I just wanted to come in and find my rhythm and get my confidence back,” Person emphasized. “I wanted to see if I can still do it and show everyone else I can do it and prove I can still play at a high level, and then just try and keep getting better and better every day.

“I wouldn’t say I’m satisfied right now, I had some rough patches just from being rusty and not playing for awhile, but I’ve had some bright spots and I feel like I’m getting back to myself. I want to keep building on that and building on having consistency. I’m not where I want to be yet, though.”

Person said that he hasn’t put much thought into life after playing but said that he wants to remain in the game he loves in some capacity, whether that would be as coach or an agent or another way. For now, though, he just wants to keep playing.

“My ultimate goal would be to be able to get back to the G-League and if I keep working hopefully the right opportunity presents itself,” he said. “ I would love to give that a shot again. I’m just concentrating on right now and continuing to improve here, though.”