Originally from Elba, Alabama, Miller graduated from Zion Chapel High School.  He is an alumnus of Troy State University, having studied Business Administration. Additionally, he has taken numerous bank continuing education courses and is a certified instructor for the Alabama Banking Association.  He has taught several bank education courses for the association. 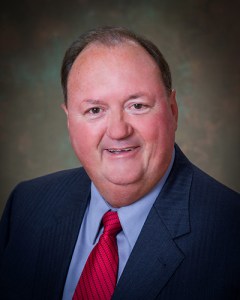 Miller has over 34 years of experience in the field of banking with large holding company banks and independent banks in the area.  The Troy Bank & Trust Legacy Market includes our locations in Pike, Dale and Elba and New Brockton in Coffee County. He has worked at TB&T for 6 ½ years in the positions of Senior Vice-President, Commercial Lender and Branch Manager to three Pike County Branches.

He is a past president of the Troy Exchange Club and current chairman of the J.O. “Tip” Colley Awards committee.  Miller has also served on the Board of Directors for the Pike County Big Brothers/Big Sisters and the Family Guidance Center.  He is a member of Collegedale Church of Christ and serves as an advisor to the Christian Student Center.  Miller has been the color analyst for the Troy Sports Radio Network, broadcasting football, basketball, and baseball for 29 years.  He is also an inductee in the Troy University Baseball Hall of Fame.

Married to the former Jamie Jones of Troy, they have two daughters and seven grandchildren, including a set of triplets and a set of twins.

Stout has over 37 years of banking experience, mostly in the Dothan market.  Having graduated from the University of Delaware where he majored in Management and Finance, he received his MBA from Jacksonville State University.  The Wiregrass Market includes our banks in Dothan and in Enterprise. 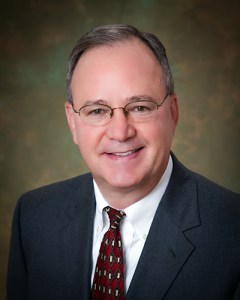 A member of the Alabama Banking Association, he is also a member of the First United Methodist Church of Dothan.  Stout has held numerous Executive Officer and Board positions with area civic and charity organizations including the Boy’s & Girl’s Club, Boy Scouts, and the Salvation Army.

Stout and his wife, Diane, have two children.

“Jerry and Jeff are both seasoned bankers with over 70 years of banking experience between them,” said Kervin.  “I have no doubt that our Legacy and Wiregrass Markets will continue to grow and expand under the very capable leadership of Jerry and Jeff.”

Troy Bank & Trust is a $1.3 billion dollar asset independent community bank headquartered in Troy, Alabama, with 15 locations in six Alabama counties.  With 116 years of service to the communities we serve, we try every day to truly be “the only bank you’ll ever need!”