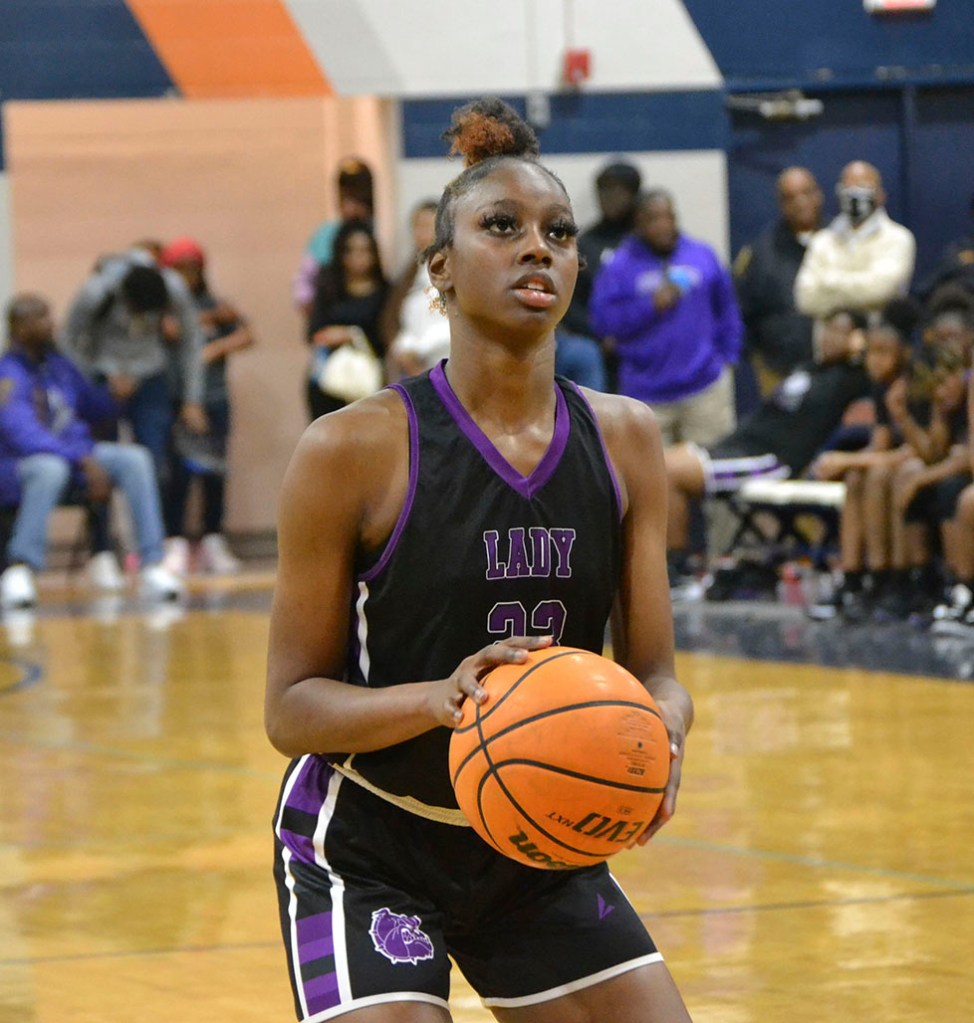 The Pike County Lady Dawgs knocked off New Brockton in the semifinals of the Class 3A, Area 4 Tournament on Feb. 7 by a score of 61-26. 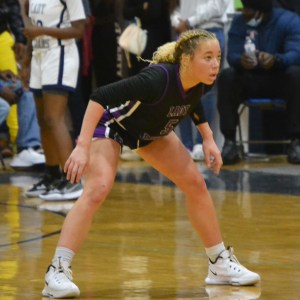 Amity White (5) was one of three Lady Dawgs that scored six points in the area semifinals. (Photo by Josh Boutwell)

Goshen also fell to Opp 53-25 in the tournament. Goshen trailed just 12-11 after the first quarter but the Lady Bobcats began to run away with it in the second quarter, outscoring the Lady eagles 19-3. Opp outscored Goshen 32-11 in the second half. Vanessa Stoudemire led Opp with 21 points.

Pike County and Opp will play in the area championship at 6 p.m. on Feb. 10.

In the Class 2A, Area 3 Tournament the Zion Chapel Lady Rebels fell 77-5 to host school GW Long. Ariton also fell 46-40 to Elba. Reagan Tomlin led the Lady Purple Cats with 20 points, while Nya Allen scored nine points. Both Zion Chapel and Ariton saw their seasons come to an end at the area tournament.