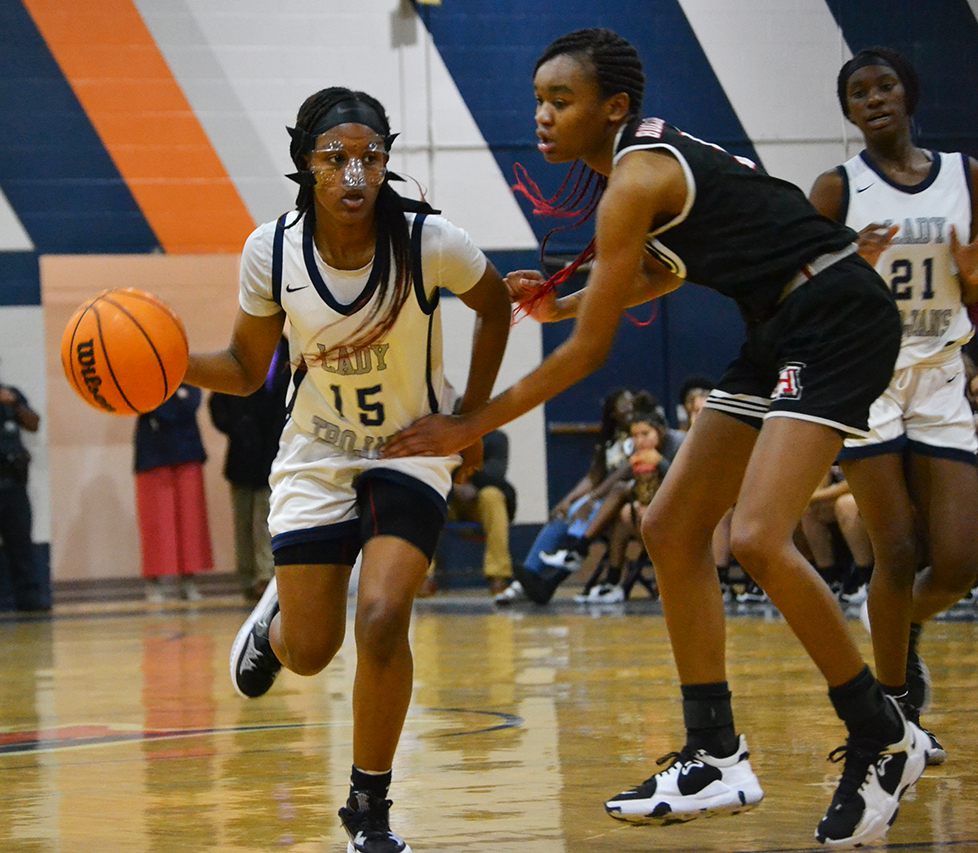 KK Hobdy (15) drives to the basket against Andalusia. (Photo by Josh Boutwell)

The Charles Henderson Lady Trojans knocked off the Andalusia Lady Bulldogs in the semifinals of the Class 5A, Area 3 Girls Basketball Tournament in Troy on Feb. 7 by a score of 46-28.

The Lady Trojans picked up the wins despite a slow start with Charles Henderson struggling to score in the opening period. Andalusia opened the game with a 4-0 run and ultimately led 10-6 at the end of the first quarter. Charles Henderson connected on just two shot attempts in the period, both three pointers, along with a pair of free throws to keep them in the game.

The Lady Bulldogs held on to the lead until Charles Henderson’s KK Hobdy knocked down a layup to tie the score 12-12 with just 2:28 left in the half. Hobdy was fouled on the play and knocked down her free throw attempt to give the Lady Trojans their first lead of the game 13-12. Iyanna McClendon hit a layup along with a free throw with just 13 seconds left in the half to give Charles Henderson a 17-13 lead at halftime.

The second half, though, was all Charles Henderson. The Lady Trojans went on an 11-0 run in the third quarter and outscored the Lady Bulldogs 18-7 in the period. Charles Henderson also outscored Andalusia 11-8 in the final period and led by as many as 25 points down the stretch. 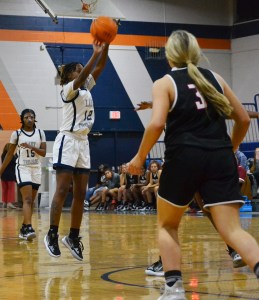 Senior Raven Williams (12) knocks down a three against Andalusia. (Photo by Josh Boutwell)