The Federal Bureau of Investigation has issued a $10,000 reward related to a 2017 murder-for-hire in Coffee County. 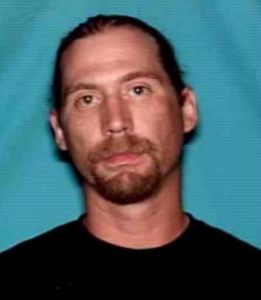 Darin Starr is wanted for his alleged role in the murder of his former sister-in-law who was shot and killed outside of her home on November 27, 2017, in Coffee County. A federal arrest warrant was issued for Starr in the United States District Court for the Middle District of Alabama, in Montgomery, on December 2, 2021, after he was charged with use of interstate commerce facilities in the commission of a murder-for-hire.

Central Alabama CrimeStoppers is offering a $2,500 reward for any information that leads to the whereabouts and arrest of Starr; to be paid within 30 days of the arrest.

If you have any information regarding the whereabouts of Starr, please immediately call the police or CrimeStoppers using our 24-hour tip line at 334-215-STOP (7867) or 1-833-AL1-STOP or download our P3-tips app. Make sure you receive a Tip ID and Password in order to dialog with Investigators in case there is a follow-up question. Your tip may lead to a cash reward.