Billy Joe Cobb, age 77, a resident of Tuscaloosa, formerly of Troy, died Wednesday, February 2, 2022 at Hospice of West Alabama. Funeral services will be held on Saturday, February 5, 2022 at 12 pm from the Chapel of Dillard Funeral Home in Troy with the Rev. Tony Boyd officiating. Interment will follow in Ebenezer Cemetery in Banks, AL with Dillard Funeral Home of Troy directing. Visitation will be held on Saturday, February 5, 2022 from 11 am until 12 pm.

Mr. Cobb retired from the Troy Fire Department as a lieutenant after 25 years of service. 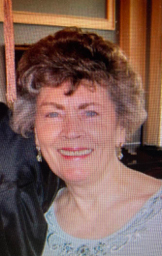 Mrs. Cutchen was born October 10, 1935 in the Kinsey community in Houston County to the late Lucille and Daniel Newton and graduated from Dothan High School in 1953.  She married her sweetheart, the late L. Milton Cutchen, serving with him as he pastored and preached in churches in south Alabama and Mississippi, until his death in 2006, having then-recently served at Troy’s First Presbyterian Church and other churches in the Pike County area.  She attended Millsaps College in Jackson, Mississippi and completed her Bachelor Degree in Music at Auburn University and went on to continue her studies towards a Master’s Degree in Music at the University of Montevallo.

Mrs. Cutchen was a church organist and pianist in many churches and service settings.  She taught music – including piano, organ, and voice — to thousands of students over the years, both privately and more recently until her retirement, as an adjunct professor at Troy University.  She cherished the relationships with her thousands of students, having a listening ear and giving an encouraging word.   She loved music and ballroom dancing with her husband, was a fond member of the Troy Music Study Club.

Mrs. Cutchen most recently lived with her son, David Newton Cutchen and his wife, Judy Cutchen, in the Birmingham area.

Mr. Maulden was a resident of Millbrook, Alabama. He was a loving father, brother, uncle, and dear friend to many. Harold grew up on the beaches of North Florida and enjoyed the water, fishing, taking care of his dogs, and spending time with family and friends. He worked in sales for many years later retiring from Alfa Insurance in Montgomery, Alabama where he worked in maintenance.

Mr. Maulden is preceded in death by his father and mother. Mr. Maulden is survived by his brother Bruce Maulden, his sister Debbie White, his son Ryan Maulden, daughters Danielle Maulden and KD Maulden and several grandchildren, Aly Salinas, Kylee Dean-Holt, and Jace Maulden as well as numerous nieces and nephews.