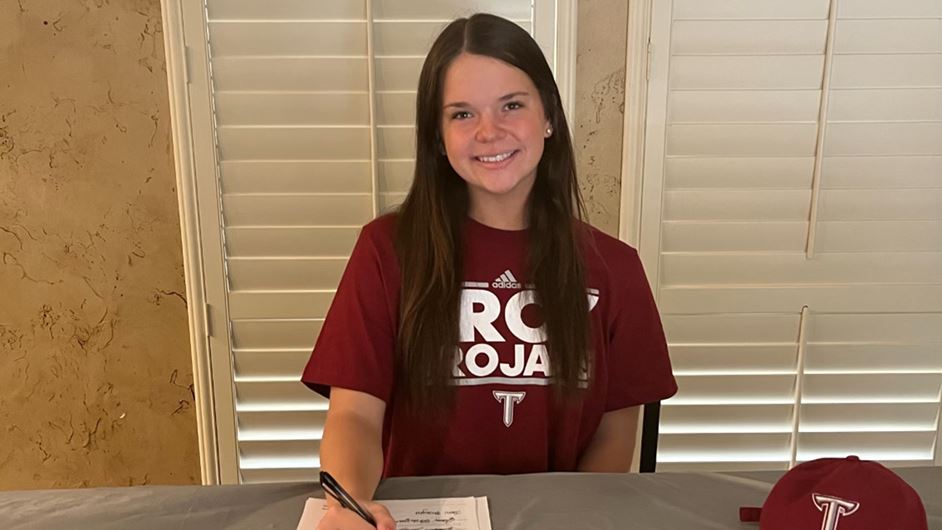 Straight – who will enroll at Troy in the fall – is currently ranked in the top 175 of players nationally and finished 13th in the Texas 6A State Championship last season.

Straight and Hebron High School won the 6A State Championship as a team last season. She also finished runner-up in the Drive, Chip and Putt Finals held at Augusta National back in 2021 along with winning The Lakes at Castle Hills Junior Championship.

“Samantha will be able to do some things with the golf ball not many kids can do at our level. Almost every par five will be reachable, and she will be hitting a lot of short golf clubs into some longer par fours, which is a huge advantage. The potential for Samantha to be one of the best players in all of college golf is very high. She is an amazing addition to an already outstanding recruiting class.”

Meral – an Abita Springs, LA native – will also join the Lady Trojans in the fall and is ranked in the Top 300 of all golfers in the nation along with being the third ranked golfer in Louisiana. In the past year, Meral won first place a the All State Sugar Bowl Fall Series, Moneyhill Women’s Club Championship, Girls Junior PGA Championship and Kelly Gibson Sugar Bowl Fall Series. She also finished state runner-up at the 93rd Annual Louisiana Women’s Amateur Golf Championship last summer. She also finished third at the LGA Junior Amateur Championship.

“We are very excited about Sarah being a part of this amazing recruiting class,” Keck said. “She has a great work ethic and a short game to match.

“Sarah has a very strong tournament resume and has competed across the country in some of the very best events. Her experience in top-level tournaments should let her come in right away and make an immediate impact in our lineup.”