On Feb. 1, Zion Chapel coach Randy Bryant resigned as head football coach but plans to continue on at the school as a teacher and the school’s athletic director.

Bryant said he simply thought it was time for a change within the program. 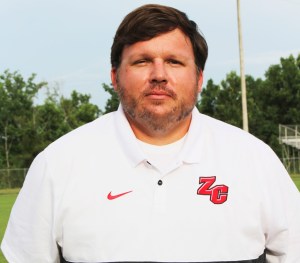 “I just thought it was time for some new blood and new energy with our football program,” Bryant said. “I’ve been doing this for awhile now and I wanted to continue to see things progress.

“We’ve had a trying couple of years and went from making the playoffs to kind of having things derailed during COVID. I feel like we’re at a point where it’s time for someone with a new perspective and energy to come in and take things over.”

Bryant came to Zion Chapel in 2017 and guided the Rebels to a 15-36 record during those six years including the school’s first winning record and playoff appearance in nearly a decade in 2019.

“This is a great community and a great school with some really, really great kids,” Bryant said. “The highlight I think was the year we made the playoffs. Going from 2-8 to 5-5 and then 6-5 and making the playoffs for the first time in eight years was a landmark moment for us.”

While Bryant is stepping away from coaching for the time being he plans to continue to serve as athletic director and emphasized that he is not taking on a job elsewhere or actively searching for a new coaching position.

“I’m going to step back but I’m still going to try and serve Zion Chapel in the athletic director role and do as much as I can that way,” Bryant said. “I still have a passion for helping kids and I want to see this place continue to progress.

“I’m going to put all of my energy into those things and we’ll see what happens. I’m not actively looking for another job or anything like that. I just felt like it was time.”