Ann Marie Davidson, age 76 a resident of Troy, died Monday, January 31, 2022, at Troy Regional Medical Center. Funeral services for Ms. Davidson will be held Friday, February 4, 2022, at 2pm in the chapel of Dillard Funeral Home in Troy with Rev. Jim Powell officiating and Dillard Funeral Home directing. Burial will follow in Lakeview Cemetery in Brundidge. Visitation will be held one hour prior to the service from 1-2pm at the funeral home.

Ms. Davidson was a loving mother, grandmother, sister, and friend. Every moment that she got to spend with her children and especially her grandchildren as well as her dogs were times that she cherished. Ms. Davidson was a longtime educator spending over 30 years teaching at different schools. She was loved by many and will be missed by all.

She is survived by her children: Eric Davidson and Amanda Smith (Sean); grandchildren: Maria and David Smith; brother, John Boswell (Virginia); along with several nieces, cousins and other family members. 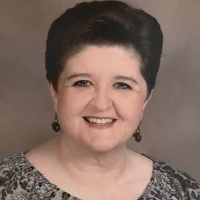 Funeral services will be at 2 PM Friday February 4, 2022 at the First Baptist Church of Andalusia with Dr. Kevin Wilburn and Brother Wayne Sharpe officiating the service.  Special music will be by Dwight Crigger and Phil Brannon.  Interment will follow in Red Oak Cemetery with Foreman Funeral Home directing.  Visitation will begin at 1 PM Friday at First Baptist Church.

She is preceded in death by her father, Charles Rogers who died January 16, 2021.

Those wishing to sign the online registry may do so at www.foremanfuneralhome.com. 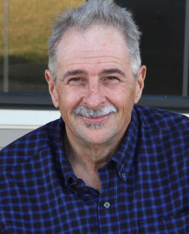 Mr. McPherson was born October 31, 1956 in Tuscaloosa, Ala. After living briefly in small college towns throughout the South, the family settled in Troy, Ala. where Milton was a member of the Charles Henderson High School Class of 1974.

Following a brief tour of duty in the Navy after high school, Milton attended Troy State University (now Troy University) in Troy, Ala., before relocating to Austin, Texas in 1982. Austin was his home for nearly 30 years, where he was an ardent competitive chess player, air-cooled Volkswagen tinkerer – at one time running his own one-man air-cooled engine werks – and where he indulged his lifelong love of animals, rescuing many dogs and cats over the years. He retired from the City of Austin to the ancestral homestead in south Monroe County,

Ala., land owned by the maternal line extending back to the “Alabama Fever” original settlement, one of the first great land booms in the United States, and located on the Old Federal Road, a vital overland route that played a large role in the United States victory in the War of 1812. Here he lived the life of a genteel country gentleman, passing the time on long walks with his beloved dogs and showing an impressive aptitude for fruit and vegetable gardening. He is survived by his brother Herbert McPherson and sister Gretchen McPherson, both of Vocation, Ala.; his uncles Bart (Irene) McPherson of Hiawasee, Ga.; Jimmie (June) McPherson of Monroeville, Ala.; his aunts Anna Laura Brown of Beatrice, Ala.; Evalyn (Bill)

Lucius of Carlsbad, Ca.; and Ernestine Gartman of Saraland, Ala. He was preceded in death by his grandparents, Herbert S. and Jessie Coley; Laurence M. and Annie Mae Bell McPherson; parents, Milton M. McPherson Sr. and Carolyn Elizabeth

Anyone wishing to make a donation in his memory may do so at their local animal shelter.