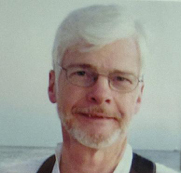 Mr. Leslie Thomas Jackson of Troy, AL passed away Thursday, January 27, 2022 at his residence. He was 78. Funeral services for Mr. Jackson will be held at 2:00 p.m. Sunday, January 30, 2022 at Brundidge United Methodist Church with Rev. Ed Shirley officiating. Burial Will follow in Mt. Zion Baptist Church Cemetery with Skeen Funeral Home directing. The family will receive friends Sunday at the church from 1:00 p.m. until time of service. Mr. Jackson was born February 4, 1943 in Pike County, AL. to the late Rex Chalmus Jackson and Gertrude “Todd” Jackson. In addition to his parents he was also preceded in death by a niece, Joy Faith Jackson.  Mr. Jackson received his bachelor’s degree from Troy State and his Master’s from Birmingham Southern College. He was a beloved chemistry and physics teacher at Eufaula High School for 12 years.  Mr. Jackson worked at Farley Nuclear Plant as a training supervisor for 30 years. He enjoyed photography, traveling with his grandchildren, and ballroom dancing with his favorite dance partner, Jimmie.  He is survived by his wife of 57 years, Jimmie Stinson Jackson, Troy; daughter, Shayne Slingluff (Ben), Dothan, AL; grandchildren, Jack, Sadie, Zeke and Bo; brother, Rev. Ronnie Jackson (Hazel), Brundidge; brother-in-law, Joe Stinson, Brundidge; sister-in-law, Ann Stinson Webb (Larry), Brundidge;  two nephews, Phillip Webb (Shelly) and Joshua Webb; and a niece, Kaye Jackson. The family wants to give a special thanks to Kindred Home Health and Hospice (Lisa, Katy, Andrea, Ivory) and his special caregiver, Linda Walker.  Memorials may be made to Brundidge United Methodist Church, Mt. Zion Baptist Church Cemetery or to your favorite charity. The guest book may be signed and words of condolences expressed at www.skeenfuneralhome.com

Mr. Scotty Wayne Beck of Andalusia passed away at his residence, surrounded by his family, on January 24, 2022. He was 75.

A Celebration of Life Service will be held at 10:30 A.M. Saturday, February 5, 2022, at New Song Com-munity Baptist Church. Robert Canant will officiate services. 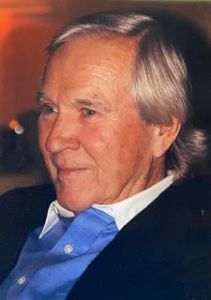 Dr. Walter Allwein Ruch, Jr., 91, passed away at his home in Fairhope, Alabama, on December 16, 2021. He was born August 8, 1930, to the late Dr. Walter A. Ruch, Sr.,and Frances Helmkamp Ruch in Memphis, Tennessee. He was married to Carol Henderson, formerly of Troy, Alabama.

Walter attended Pentecost Garrison in Memphis before matriculating to The Hill School in Pottstown, Pennsylvania. He earned a bachelor’s degree from Princeton University in 1951 and his medical degree in 1955 from Washington University in St. Louis, Missouri. Upon completing his residency in obstetrics and gynecology at Barnes Hospital in St. Louis, Walter joined the U.S. Army and was stationed at Fort Campbell, Kentucky.  In 1962, he returned to Memphis and joined his older brother in practice at Ruch Clinic, which was established by his father.

Dr. Ruch was a member of The University Club in Memphis, where he was an avid tennis player. He was a communicant at Church of the Holy Communion and later Grace St. Luke’s Episcopal Church.

In 1983, he married Carol Henderson, and they enjoyed many years dividing their time between their homes in Memphis and Basalt, Colorado. Following his retirement, they moved to Basalt, where he pursued his love of snow skiing, fly fishing, cooking, and entertaining friends and family at their home on the Frying Pan River.  Walter raised the hobby of fly-tying to an art form, even creating his own fly patterns. Walter and Carol were members of the Roaring Fork Club in Basalt, and they cherished the friends they made in the Basalt and Aspen communities. In August 2020, they moved to Fairhope, Alabama, to be closer to family.

A celebration of life will be held at a later date. Memorial contributions may be made to The Church Health Center, 1359 Concourse Ave., Suite 142, Memphis, TN 38104, or a charity of choice. Arrangements are by Hughes Funeral Home and Crematory in Daphne, AL.