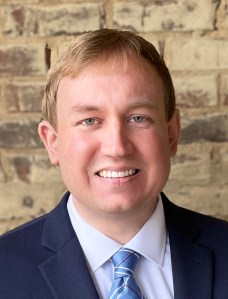 Folmar has been working with the Pike County Coroner’s Office since 2016. He has responded to multiple calls while serving in the capacity as deputy coroner during the six years he has been with the coroner’s office. Folmar has worked closely with Jerry Williams who is the outgoing coroner, and has received on-going, on-the-job training to prepare him to become the next Pike County coroner.

Since childhood, Folmar has had a goal to serve the citizens of Pike County as an elected official. He learned about public service from his grandfather, Joel Folmar, who served Pike and Coffee Counties as District Attorney and Pike County as District Judge. He further learned about public service from his mother, Barbara Folmar’s nursing career and his father, Michael Folmar’s tenure as a Troy Police Department detective.

But Folmar seeks to represent a new generation of public service in Pike County. Folmar’s vision for the Pike County Coroner’s Office, if elected, is to provide the same level of service that the citizens of Pike County have experienced for the past 40 years, add new technology to the coroner’s office, and keep the cost to the taxpayers low.

He and his wife, Tollie, are active members of Hephzibah Baptist Church in Troy. Folmar looks forward to meeting and speaking with the citizens of Pike County during his campaign in the coming months.