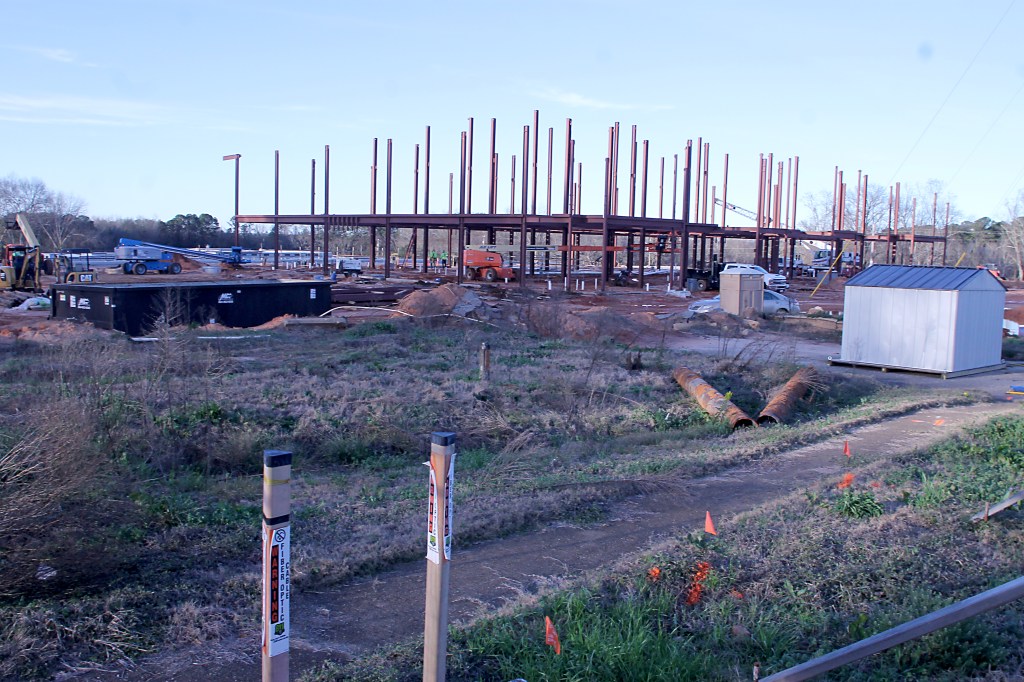 Huck Treadwell | The Messenger Pike County’s new judicial complex will be located on U.S. Highway 29 near the intersection of Gibbs Street.

Pike County’s new judicial complex remains on schedule, with a projected opening date in the first two to three months of 2023.

“It’s on schedule right now, maybe a little bit ahead,” Pike County Commission Chairman Robin Sullivan said. “We did get to see some of the jail cells go in. I went by the site the other day and it looks like they have all of the jail cells in and they’ve got some [framework] in the ground.”

The judicial complex will be located in the Dunbar Housing Project area near the intersection of Gibbs Street and North Three Notch Street. The jail portion of the building will be a will be a 175-bed facility. Also included in the facility is an Emergency Management Agency office and 911 call center. The 911 call center is expected to consolidate all emergency dispatch in Pike County into one location.

Sullivan said the county passed a 1-cent sales text to fund the construction of the judicial complex. Sullivan said once construction is complete, the commission projects will take an additional four to five years to pay off the debt on the complex. He said currently, the cost to operate the county’s judicial system is about $600,000 annually. Once the facility is complete and operational, Sullivan said the operational cost for the complex is estimated to be $800,000 to $900,000 annually.

He said the primary increase on operational cost will be to new employees. He said more personnel will be needed to staff and manage the larger facility. However, Sullivan said opening the facility will also allow the county to cut expenses in other areas.

Sullivan said over the coming months, the commission will be developing a plan to relocate some county offices when the judicial complex is complete. He said the commission is looking at moving offices to the courthouse. He said that would open options to sell off two older county buildings as well as free the county up from rental obligations for two offices.

Troy native selected to ‘Forbes Next 1000’