Trojans announce promotions to kick off 2022 with a bang 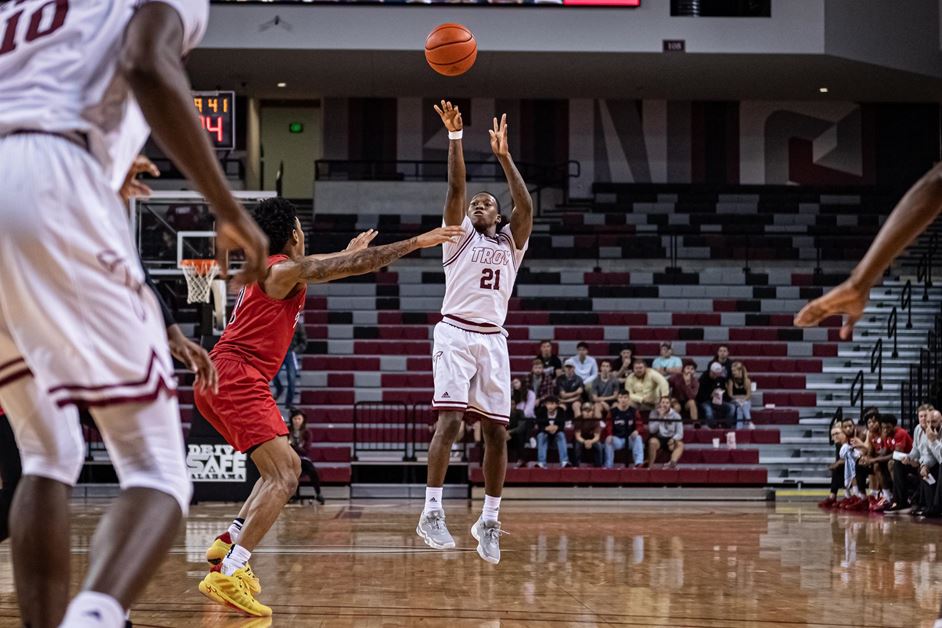 Troy Men’s basketball continues its hot start to the 2021/22 season, and to kick off the new year, Troy Athletics has announced a ton of great promotions for the fans at this week’s home games.

The Trojans will kick off 2022, beginning with their first conference games from Trojan Arena as they take on Coastal Carolina on Thursday, January 6, and Appalachian State on Saturday, January 8.

First, on Thursday, January 6, it’s season ticket holder appreciation night. All basketball season ticket holders may request two complimentary general admission tickets to the game, and prizes will be drawn throughout the game for season ticket holders. Fans will also have the opportunity to buy one and get one free on all court side seats. It’s also Thirsty Thursday, and fans can get two-dollar soft drinks all game. Finally, it’s sure to be a great halftime show with a performance from SheBang Dance Studio.

On Saturday, January 8, the promotions continue as it is Dollar Day at Trojan Arena. Fans can get general admission tickets, soft drinks, popcorn, and hot dogs all for one dollar. Troy Cheer will perform their UCA Nationals routine during halftime of the game before the squad departs to Orlando for their competition. Kids Court will be set up in the practice gym for kids to enjoy games and inflatables

There’s sure to be something for everyone, so come on down to Trojan Arena and catch some Troy Men’s basketball.