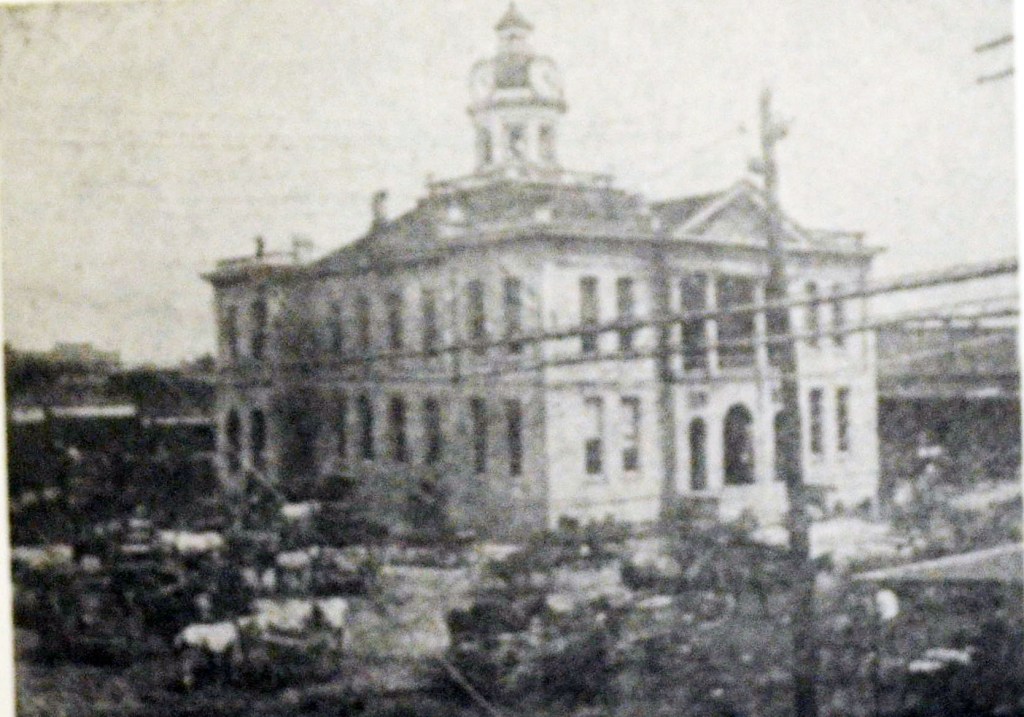 The year 2021 is significant in Pike County in many ways. The primary reason is that the county is celebrating its Centennial year.

Pike County was created December 17, 1821 from Henry and Montgomery Counties. It was created by hardworking, God-fearing people who turned their hands to work and their hearts to God.

Those who pioneered Pike County were hearty people who wanted to carve a place for themselves, their families and generations that would come after them.

As the year 2021 comes to a close, The Messenger will take a look back at some of those who helped pioneer Pike County and the contributions they made that have provided a strong and firm foundation for the generations that have followed. Some of the names will be familiar and others not. But they are all Pike Pioneers.

When Pike County was first formed, it was constructed of Henry and Montgomery counties and included parts of what is now Barbour. Bullock and Crenshaw counties and covered more than 1,100 square miles and was often referred to as the “State of Pike.”

Several Seats of Justice were established but, in1837, the county’s citizens demanded that the Seat of Justice be moved from Monticello to a more central location. John Hanchey made the land deal that established the site of Troy. Hanchey’s saloon was one of the first to appear, but, when Ann Love and her children moved over from Monticello, John Hanchey faded from the scene of influence. Ann Love had owned and operated a successful inn in Monticello and her inn was the hub of county business. When the county seat moved to Troy, Ann Love moved also. She had a successful tavern that was the business and social center of the town. She and her children played an important role in the church life of the town and donated the land for the Methodist Church. Ann Love embodied the pioneer spirit that led to the growth of Troy.

James Strother Murphree was the first ultra-successful businessman in Troy. Murphree came to Troy to sell horses but decided to stay. He acquired extensive land holdings, from Walnut to Knox streets and along North Three Notch Street that became the first social promenade of Troy.

Urban Louis Jones brought the railroad to Troy and, in doing so, he risked and ultimately lost, everything he had, Without the railroad, this single most influential action in Troy’s history, nothing that followed would ever have occurred.

Jeremiah Augustus Henderson used the $550 his father left him, took over the farm and opened a store. Using his farm holdings and the new railroad as his economic base, he ultimately became the most successful merchant in Troy and the wealthiest man in this section of Alabama.

Joel Dyer Murphree’s greatness was his influence in bringing the Mobile-Girard Railroad to Troy. He served as one of the directors of the Mobile and Girard and his efforts in the area of tax reform for railroads within the Alabama legislature delayed the ultimate demise of the line and continued its operation for 20 more years. This delay allowed the city of Troy to grow and prosper and to get the financial base to issue new bonds to retire the original railroad debt.

Joseph Minchener was an industrialist, machinist, contractor and smart businessman. In 1889, he built the courthouse on court square. By 1881, he had built half the buildings in Troy. His original endeavor, The Conch Steam Works Company, was the first successful industrial enterprise in Troy and the lineage of this company can be traced directly to Henderson, Black & Greene, Inc.

Fox Henderson, Sr. and his brother, Jere Clemens Henderson, joined their father in his prospering merchantile business. In 1881, the brothers expanded their financial holdings by purchasing the Pike County Bank, which was the first and only trust bank in Troy. The brothers changed the name to Farmers and Merchants Bank and, for 18 years it was the only financial institution in the area. In time, Fox Henderson became one of the largest landowners in several counties. On part of his 6,000-acre holding he established Arcadia Dairy, whose Jersey cows supplied the citizenship of Troy with fresh milk. He was co-founder of Troy Fertilizer, founder of Standard Chemical Company, helped develop Henderson Black & Green and was president of banks in Luverne, Brundidge, Dozier and Brantley.

Then, there were William J. Blan, who started The Troy Messenger, the oldest continuously-operated business in Troy and newspaper man, Frank Baltzell, who was also the chief public motivator for the establishment of the Troy Normal School, which in now Troy University. Of note, Edward Madison Shackelford was most prominent and influential in Troy Normal School’s first 50 years.

Of course, Charles Henderson, is the most influential Trojan to date. As mayor of Troy, Henderson put the city of Troy in the electric business, was instrumental in the establishment of Troy Normal School.  He organized Pea River Power Company and he and his brother, Jere Clemens Henderson, formed Troy Bank & Trust. Charles Henderson made all Pike County proud as Alabama’s 36th governor who led the state through the World War I years.

At his death, Henderson, a Pike Pioneer, left a legacy that has continued and will continue for as many years as, perhaps, the younger generation will or can remember. “Governor” Henderson’s will include monies designated to build schools in Troy and Pike County and to provide child healthcare in the area regardless of the ability to pay.

Henderson’s contributions to his home are visible reminders of his legacy and also of the legacies left by those who pioneered Troy and Pike County and laid the groundwork for all that the city and county are today and provide the opportunities for the next 200 years.