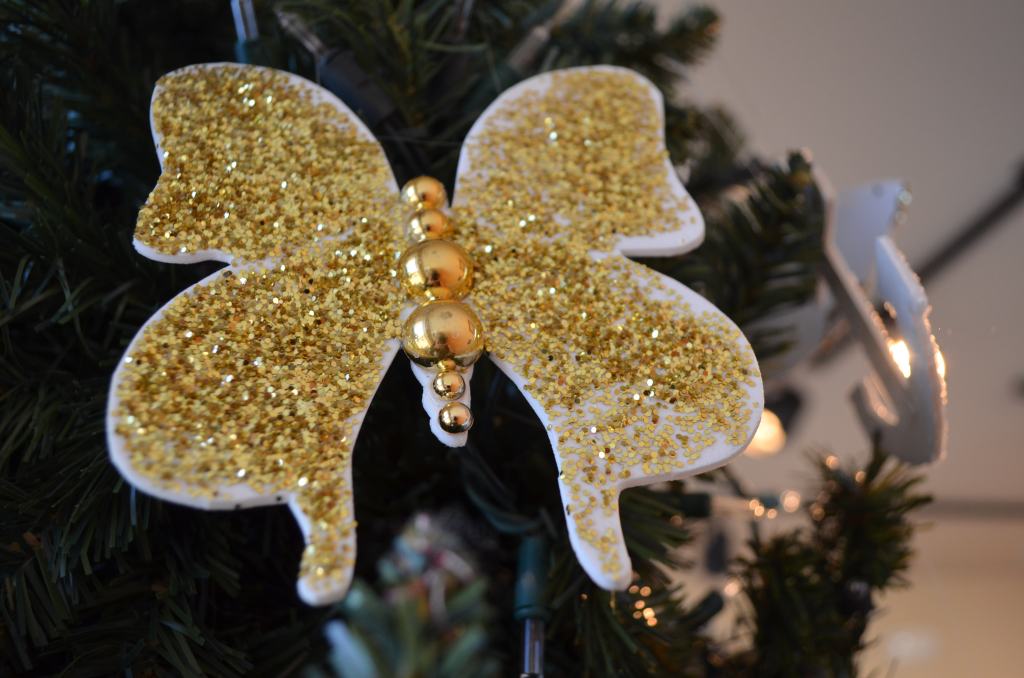 Even in today’s technological world, Christmas trees continue to be a standard in many,  if not most, American homes

The history of the Christmas tree goes back as early as the fourth century when European pagans dressed their homes with the branches of evergreen fir trees in order to bring color and  light into their dull winter homes.

The modern Christmas tree originated in Germany where families set up a paradise tree in their homes on December 24, the religious feast day of Adam and Eve.

In today’s technology-focused world, the Christmas tree remains a symbol of Christmas. The  holiday trees are decorated with a variety of adornments that often have special meaning to the families within the homes. And, there is a very special tree, a Chrismon tree, that is most often found in churches and other places where Christian events are held and in some homes.

“Chrismon” is a combination of the words “Christ” and “monogram,” and means “a monogram of Christ.”

Chrismons are gold and white, representing majesty and purity. Ideas for fashioning them are developed from early Christian symbols, the Bible and church histories.

Over the years, the Christmas tree has become a symbol of Christ as the “tree of life.” Through the birth of Jesus, believers have been given God’s gifts of life, light and wisdom.

The use of Chrismons to decorate Christmas trees is popular in churches throughout America.

Chrismons have been used in the United States since that time and many symbolsof Christianity have come down through the ages. Early Christians often worshipped in secret to avoid possible persecution and death. They developed certain symbols that were used to communicate with fellow believers and direct Christians to secret places of worship. Symbols that signified the believers’ faith often adorned doors and buildings, and were included on items such as jewelry and household utensils.

Each Chrismon has special meaning for the Christmas season and in the lives of those of Christian faiths. Many of the symbols are readily recognized while others need explanation.

The church bell is readily recognized as such but, in today’s world, it’s meaning goes back to the church houses of old.

The primary purpose of a church bell is to signal the opening of the church doors for worship; therefore, the bell is a popular Chrismon for the holiday tree.

The six-pointed star, called the Star of David, is a reminder of the six days of creation.

Jesus is the beginning and the end of all things. The Holy Bible’s final book, Revelation,

Reveals that Christ is the Alpha and the Omega.

Jesus is ruler over heaven and earth.

There are many representative Chrismons and are important reminders of what Christmas means to Christians around the world. Additionally, families are encouraged to create

Chrismons of their personal reminders that Jesus is the reason for the season.