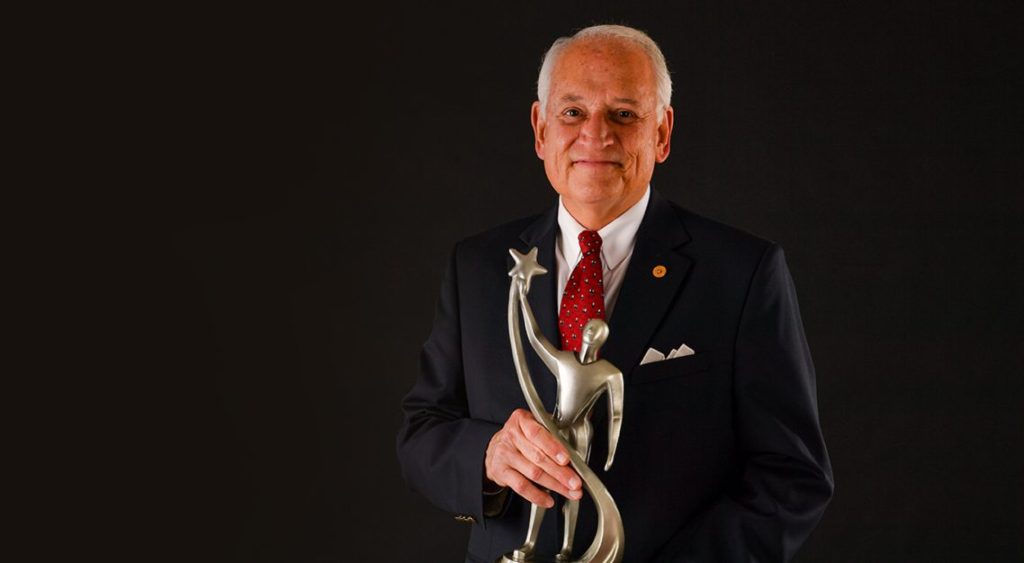 Troy University Chancellor Dr. Jack Hawkins, Jr. has been honored with a lifetime achievement award by the United States Trust for A More Perfect Union.

“I am honored and humbled to receive the award presented by the US Trust for a More Perfect Union” said Dr. Jack Hawkins, Jr.  He added “Troy University embraces the concept of teaching  servant leadership to our students– by example as well as in formalized leadership courses. We emphasize the value of civility, patriotism and respect…and that each decision we make should be ethically grounded.”

“Justice,” the award sculpture itself, was presented to an inaugural class of recipients for their examples of servant leadership in the areas of law, education, ethics, family, veteran services and spirituality.

“Few in America are changing our nation in a radical way in the name of A More Perfect Union,” said founder Toby Warren of Auburn. “Dr. Hawkins has the gift of reaching the stars and building an international model of goodness with grace. Thank God for his servant leadership for the dignity of humanity.”

The United States Trust for A More Perfect Union honors and follows servant leaders and how they respond to re-ordaining and Constitution and Preamble to 2026. The awards were presented during its general assembly, co-hosted by the Alabama Supreme Court.