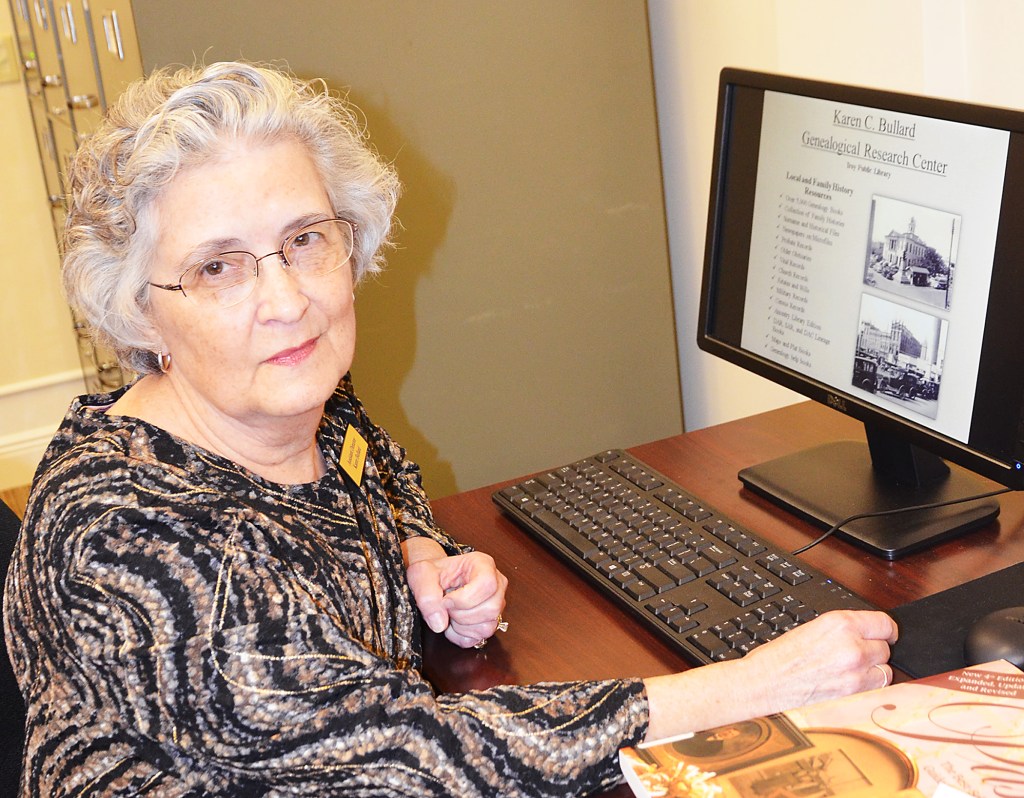 Pike County was established December 17, 1821, from portions of Henry and Montgomery, and was named in honor of General Zebulon M. Pike, who fell at York on April 27, 1813.

For all Pike Countians and all who claim Pike County as a part of their heritage, there are many reasons to celebrate the county’s 200th birthday. And many of the reasons can be found on the pages between the covers of The Pike County Historical, Genealogical and Preservation Society’s recently published “Pike Potpourri.”

For almost as long as Bullard can remember, she has had a strong interest in history, especially Alabama history, and, specifically, Pike County’s history.

For nearly 30 years, Bullard absorbed history like a sponge, as a volunteer at the Troy Public Library, and, then, as the library’s assistant director and reference librarian. For Bullard’s long and intensive research into local history and genealogical research, the center at the Troy Public Library was officially named the Karen C. Bullard Genealogical Research Center.

Bullard was the library’s go-to person for those doing genealogical research and/or delving into local history.

“Karen was the one person that had the personal knowledge of Pike County’s history and could share the county’s 200-year history,” Smith said. “Our historical society believes that it was a 200-year story that needed to be published for the benefit of those of us who are a part of the history of Pike County, those who have been and those who are its future. Karen has done the work that was necessary to tell the story of Pike County’s 200 years.”

And, what a remarkable 200 years it has been, Bullard said.

When Bullard and Smith began to put together 200 years of Pike County’s proud and storied history, even they were in awe of the people and events that have been a part of the county’s diversification from its agricultural roots that now also include a manufacturing and technology based economy.

“When you begin to look at where Pike County was even 100 years ago, it is amazing how far our county has come,” Bullard said. “The history of Pike County is fascinating.”

The story of Pike County’s 200 years has been chronicled in news print and other sources and Bullard has saved as many as possible the articles that have even the slightest amount information that relates to Pike County and its history.

There was a time when genealogists would have to shuffle through boxes and boxes of written materials in dusty courthouse basements in search of historical and genealogical information,

Bullard said she has often taken an unexpected detour from where she was going with her research and found information unrelated but equally interesting.

A detour has taken her to interesting and fascinating subjects including the fires that almost completely destroyed downtown Troy, the last hanging in Troy and the story of the publisher of the Troy newspaper who was participating in a Civil War reenactment in Troy.

“William Bland had the honor of firing the cannon at the reenactment,” Bullard said. “The cannon misfired and blew off both his hands. The newspaper publisher didn’t let the loss of his hands prevent him from being in service to his town. He continued to tell the stories of Pike County through the newspaper.”

Bullard said newspapers chronical the daily happenings of a community – the news, photos, births, deaths, land transactions, the people, the events. Newspapers are the face of the community.

And, “Pike Potpourri” tells the story of Pike County’s 200-year history in words and photos as compiled by Smith and Bullard, two of the county’s most dedicated local historians to be preserved for future generations through the publication of “Pike Potpourri.”