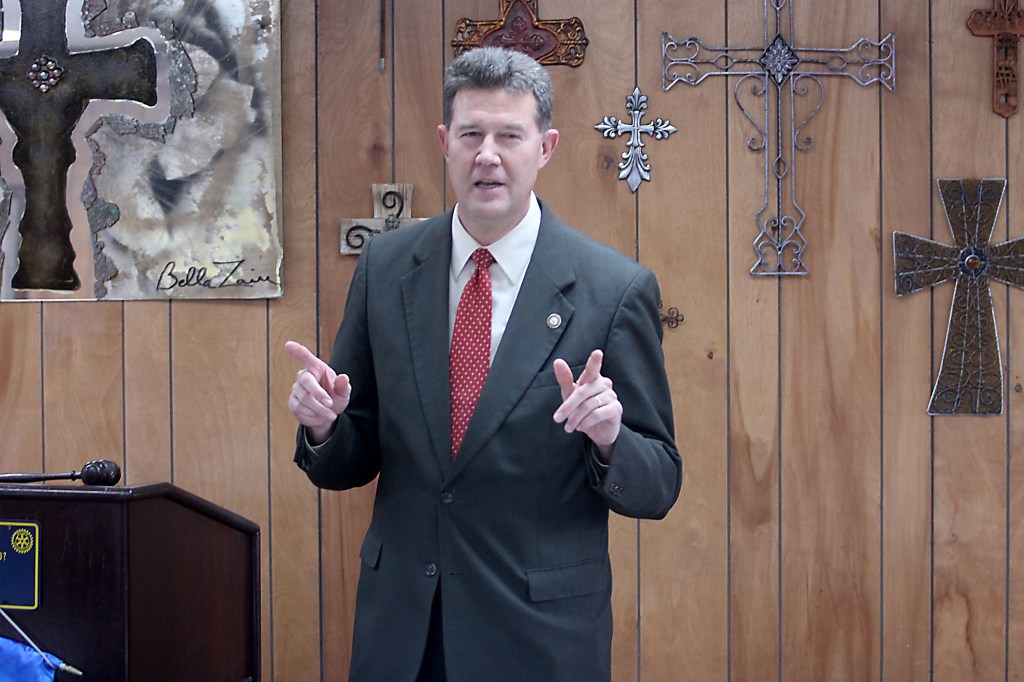 Merrill didn’t give a long, drawn out speech. Instead, he opened the floor up quickly to questions because he thought people wanted answers and not a speech.

The first question asked revolved around the 2020 election — was the election stolen from former President Donald Trump.

“I know it wasn’t stolen in the state of Alabama,” Merrill said. “Five national groups have recognized Alabama as the best state in the nation for election security and transparency.”

Merrill said the people responsible for overseeing the election process deserved all the credit for that because he had given them a tough task of accounting for every ballot.

“But, I’m confident there was election fraud in other states. But, it’s one thing to make allegations and another thing to prove it.”

Merrill said during his time as secretary of state, he had overseen six cases of election fraud. In those cases, three elections were overturned and one person was removed from office. He said each state was responsible for its own elections and that a person from inside the state where fraud occurred would have to make the allegations and then pursue an investigation. He said people outside of the state can make allegations, but they can’t effect any change.

Merrill was also asked why he thought there was election fraud in other states.

Merrill said he was selected to chair the National Commission on Election Integrity before the last election. He said his committee made recommendations on how elections should be carried out, but some states didn’t follow those recommendations.

“Georgia was a state that didn’t follow the established state and federal laws, which opened the door for irregularities,” Merrill said. “That was largely due to COVID. They sacrificed ac-countability and transparency for convenience. They mailed a ballot to everyone in the state of Georgia.”

However, Merrill said if there was proof the presidential election had been stolen, there was nothing in the Constitution or U.S. Code that allowed replacing a sitting U.S. President.

“If Donald Trump wants to be president again, he’ll have to be elected in 2024,” Merrill said.